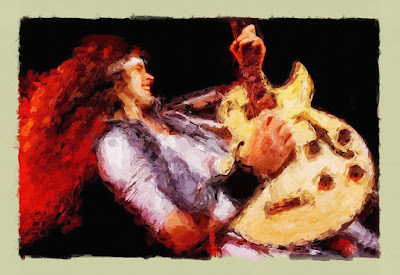 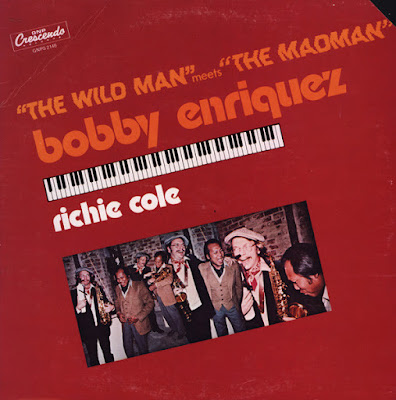 If you enjoy flying-by-the-seat-of-your-pants, all out "balls to the wall" jazz at it's best, this is the album for you. Controlled mayhem and tight, tight, tight...so hard to find this kind of energy on studio recordings of jazz artists...usually only found live. Get it - you won't regret it! 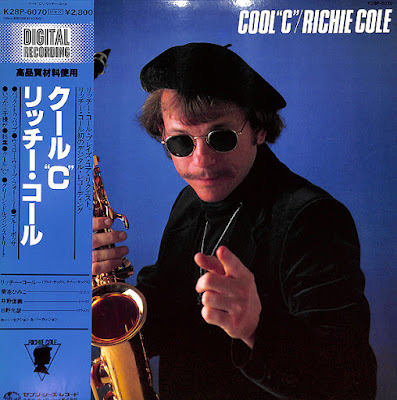 Recorded during his first visit to Japan, this out-of-print LP features altoist Richie Cole playing five bop standards, his own "Cool 'C"' and pianist Himiko Kikuchi's "Back to Bop." Cole is joined by eight brass players, a rhythm section and two percussionists, all of whom are fine Japanese musicians. The results are generally hard-swinging bop with enough humor and color to hold one's interest. The focus is on Cole throughout and he makes a rare appearance on tenor during "On Green Dolphin Street."

Richie Cole With Phil Woods
1980
Side By Side 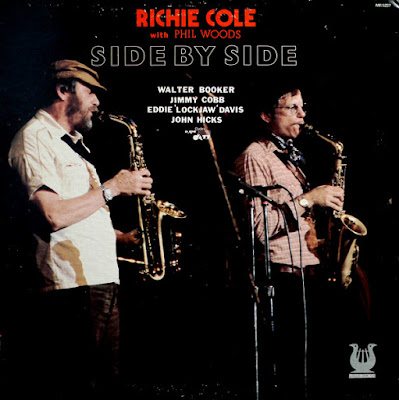 This set features a very logical matchup. Richie Cole's main influence has long been Phil Woods, so these concert performances pitting the two altoists together have plenty of fire and extroverted improvisations. With pianist John Hicks, bassist Walter Booker and drummer Jimmy Cobb backing the soloists, Woods and Cole really push each other on "Scrapple from the Apple," "Donna Lee" and "Side by Side." Tenor-great Eddie "Lockjaw" Davis sits in on "Save Your Love for Me," the younger altoist has "Polka Dots and Moonbeams" to himself and Cole and Woods have fun on a brief free-form "Naugahyde Reality." It's a generally high-powered and enjoyable set.
Posted by Zen Archer at 5:26:00 PM 2 comments: Links to this post 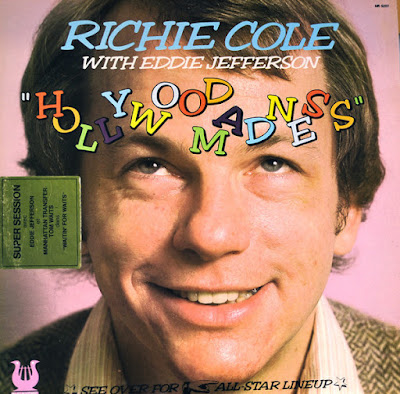 
This is one of Richie Cole's most successful LPs. Four songs utilize the Manhattan Transfer; the great vocalese singer Eddie Jefferson (heard two weeks before his tragic death) makes his final record appearance; there are some good solos by pianist Dick Hindman and guitarist Bruce Forman; and Tom Waits makes an eccentric guest appearance. But it is altoist Cole who stars throughout on an unlikely program highlighted by boppish versions of such tunes as "Hooray for Hollywood," "Hi-Fly," "Relaxin' at Camarillo," "I Love Lucy," and his original "Tokyo Rose Sings the Hollywood Blues." A true gem.
Posted by Zen Archer at 4:53:00 PM 1 comment: Links to this post

Richie Cole
1979
Keeper Of The Flame 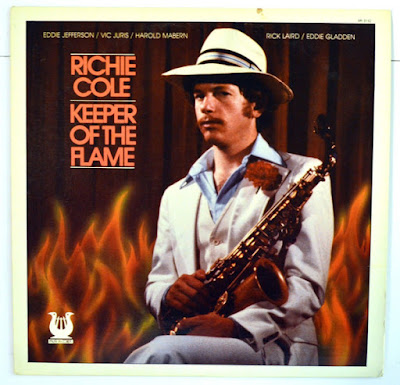 
This is one of altoist Richie Cole's best-ever albums. He rips through surprisingly effective medium-to-up-tempo versions of "As Time Goes By" and "Holiday for Strings," welcomes the great vocalese singer Eddie Jefferson to "Harold's House of Jazz" and "New York Afternoon," has a humorous dig at free jazz on "Strange Groove," introduces his "Keeper of the Flame" and comes up with a near-classic solo on "I Can't Get Started." This LP is long overdue to be reissued by Muse
Posted by Zen Archer at 4:44:00 PM 1 comment: Links to this post 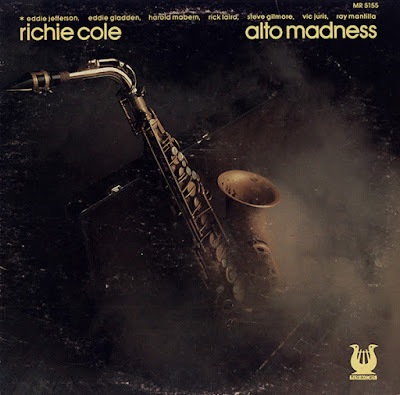 Some of altoist Richie Cole's finest records were made for the Muse label during 1976-1981 when he did a great deal to help revive bebop. Cole has long had the ability to turn almost anything into jazz and on this set he manages to swing both the theme from The Price Is Right and the main melody from Last Tango in Paris. In addition to solo space for pianist Harold Mabern and guitarist Vic Juris, singer Eddie Jefferson is featured on two numbers: "The Common Touch" and "Moody's Mood '78."
Posted by Zen Archer at 4:41:00 PM 1 comment: Links to this post 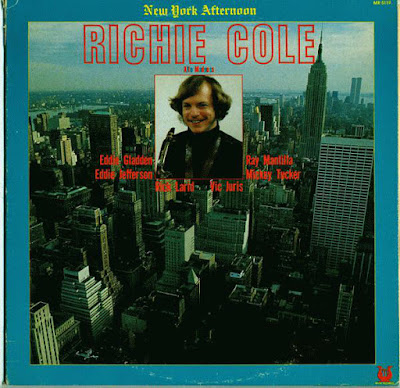 Back in the mid-'70s, when bebop was being greatly overshadowed by fusion, Richie Cole showed that not only was bop not old-fashioned, but it could be quite fun. His Alto Madness was essentially the idea that any tune, no matter how unlikely its source, could be turned into exuberant bop. Through the years, he has successfully recorded such songs as "The I Love Lucy Theme," "Holiday for Strings," "Horray for Hollywood," "The White Cliffs of Dover," "Come Fly With Me," "The Star Trek Theme," and even "La Bamba." Influenced by Phil Woods and Charlie Parker, Richie Cole heard jazz from an early age because his father owned a jazz club in New Jersey. He started on alto when he was ten, attended Berklee for two years, and joined Buddy Rich's big band in 1969. After a stint with Lionel Hampton, Cole formed his own group, doing a great deal to popularize bebop in the 1970s. Some of his finest recordings were his early ones for Muse, during a period when he often teamed up with singer Eddie Jefferson. His humor sometimes left critics cold, but Cole was one of the top bop-oriented players of the 1980s, and his Heads Up releases of the '90s (after a few years off the scene) are excellent.

This Muse album features the group that altoist Richie Cole and the late singer Eddie Jefferson co-led in the mid-'70s. They had a mutually beneficial relationship, with Cole learning from the older vocalist and Jefferson gaining extra exposure from associating with the popular young saxophonist. Their spirited set, which has two Jefferson vocals, is highlighted by "Waltz for a Rainy Be-Bop Evening," "New York Afternoon," "Stormy Weather" and "Alto Madness."
Posted by Zen Archer at 3:47:00 PM 1 comment: Links to this post