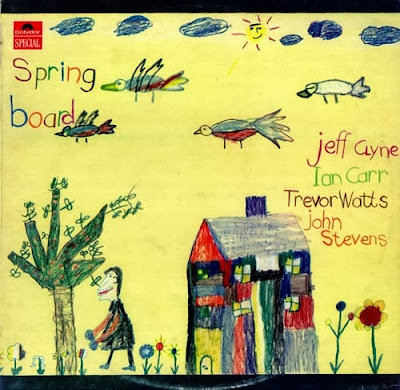 
The role of luck recedes and that of special talent takes over if a musician has been in the right place, at the right time, with the right people, as often as the bass player Jeff Clyne, who has died suddenly of a heart attack aged 72. Clyne was one of the handful of British rhythm-section players to emerge during the 1950s whose sound, drive and confidence betrayed no anxieties about the dominance of the American jazz pioneers – musicianship that was his passport into bands led by Annie Ross, Zoot Sims, Ronnie Scott, Tubby Hayes, Dudley Moore, Marian Montgomery and dozens of other jazz celebrities.

Like the drummer Phil Seamen, Clyne was a British player who sounded as if he could step up to any jazz stage in the world and keep company with the music's most powerful performers. Yet he was the most self-effacing of artists, a player with an ear always open to new sounds, and a natural teacher.

I ran into the dapper, witty and very youthful Clyne at a jazz reception a couple of years ago, and he immediately thanked me for introducing him to the music of the young Polish pianist Marcin Wasilewski's trio through a review I had written. This wasn't just a pleasantry – it was clear that the session had made Clyne feel differently about piano-trio jazz, a demanding format that, as an acoustic bassist, he had been a master of for years, with a sublime talent for offering improvisers new musical avenues on the fly, but without getting in their way. If he felt that the reputations of some of his former students had come to eclipse his own still remarkable sense of time and counter-melodic variation, he never showed it. He recently admitted to JazzUK magazine's Brian Blain that "it would be nice to get a call from some hot new band – but there are so many good young players out there. I enjoy my teaching and the work I do ... and all the other great jazz being made today. I still find this music extremely fulfilling."

Clyne was born in London, and taught himself double bass from the age of 17. He played in the 3rd Hussars military band during national service (1955-57), and was good enough on demobilisation to find himself at the cutting edge of the British modern-jazz and bebop movement.

One of its most charismatic groups was the Jazz Couriers, a fast-moving quintet modelled on Art Blakey's Jazz Messengers, and featuring the saxophonists Ronnie Scott and a stunning virtuoso newcomer, Tubby Hayes. Only years later did Clyne come to appreciate the historical importance of some of his early work, but he was in Hayes's own group for the opening night of Ronnie Scott's club (in its Gerrard Street, Soho, London, premises, in October 1959) and in the pianist Stan Tracey's band five years later when it recorded Tracey's Under Milk Wood, one of the landmark compositions of British jazz. The bassist's early employers also included the Under Milk Wood saxophonist Bobby Wellins, and the clarinettist Vic Ash.

Clyne credited his long stint with the technically peerless Hayes to the band leader setting the musical bar high and forcing him to stretch, as was commonplace on the American jazz scene of the time, but less so on the European one. His performances in Hayes's big bands, as well as the small groups, marked him out, particularly his propulsive accompaniment and distinctive soloing on the Hayes big-band classic 100% Proof. Clyne also worked with Tracey in the jazz-and-poetry New Departures group from 1961, and frequently alongside him in the Ronnie Scott's house band. He also recorded with Tracey, the singer Blossom Dearie, and in the hard-swinging, Errol Garner-influenced trio of the pianist/comedian Dudley Moore.

But this was predominantly a bebop and swing scene, and in the more expressionist 1960s, Clyne was becoming interested in looser and more intuitive ways of improvising, inspired by the collectively conversational approach of the US pianist Bill Evans's trio (with its virtuoso bassist Scott LaFaro, whose accompaniments sounded like a seamless but supportive solo) and by the free-jazz movement of Ornette Coleman and Cecil Taylor. Clyne began exploring an Evans-like approach with the pianist Gordon Beck and the drummer Tony Oxley in the later 60s – and through Beck, he also performed with the Doncaster guitarist John McLaughlin (a rising star soon to be summoned to the US by Miles Davis) on the innovative album Experiments With Pops. But Clyne also went further into the often unpremeditated freefall jazz world of the London drummer and teacher John Stevens and his saxophone partner Trevor Watts, in the flexible lineups of Stevens's Spontaneous Music Ensemble, and in Watts's more Coleman-inspired Amalgam.

When a tighter, funkier and more rock-derived jazz developed in the next decade, Clyne was there, too – anchoring the trumpeter Ian Carr's punchy Nucleus, one of the UK fusion movement's most influential early groups. Clyne had already worked with that band's acoustic predecessor, the Rendell-Carr Quintet, co-led with the saxophonist Don Rendell, but the new group required a different rhythmic approach and the adoption of bass guitar, which Clyne negotiated with typical ease.

He also worked with the big-band leaders Mike Gibbs and Neil Ardley, and with the gifted pianist Keith Tippett (who was equally at home in jazz-rock fusion, free-improv, and cross-genre orchestral music) in a volatile period in the 70s in which creative British music was blooming, even if its commercial appeal was low. He also played in groups led by the reed-players Alan Skidmore and Bob Downes, and in the experimental free-jazz/contemporary classical London Jazz Composers' Orchestra. The prevailing atmosphere encouraged Clyne to try his own hand as a leader, of the late-70s fusion band Turning Point, with the singer Pepe Lemer and Nina Simone's last drummer, Paul Robinson, recording the albums Creatures of the Night (1977) and Silent Promise (1978).

In his later years, Clyne devoted more time to teaching (co-directing the summer jazz course at Wavendon, Buckinghamshire, and teaching bass at London's Guildhall School of Music and the Royal Academy), but continued to perform on the local scene with the pianist Nick Weldon and the singer Andra Sparks.

He is survived by his wife, Christine, and by his two sons and daughter.


This is a brilliant album, probably "free" by the standards of the time, but not really free in the sense of the later compact minimalism of the Spontaneous Music Ensemble. It also predates the later fusion of Nucleus, of which Carr and Clyne were founder members, but there are elements of the later Amalgam obviously, with three of the members present here. Perhaps one can hear shades of the early Ornette Coleman and Joe Harriott combos who were pioneers in defining the new thing in the late 50s. It's unorthodox, but still very melodious, chemically free of the mid- to late-60s blow-outs associated with the ESP label. Whatever labels to attach, this is fresh to these ears, more than 40 years after the fact.
Posted by Zen Archer at 3:50:00 PM 1 comment: