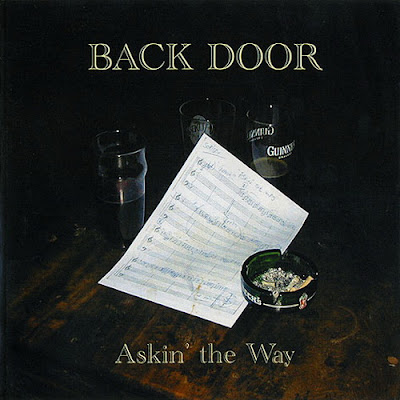 
In the early 1970s an alto sax-led trio blew into Ronnie Scott's from a pub gig in the middle of the Yorkshire moors, had the punters spilling their drinks with astonishment from the opening number, went on to make four albums for Warner Brothers and tour the globe, then disappeared.

Back Door suited the funk-powered jazz climate of the time because they were earthy, bluesy and soulful - but they were worlds apart from much of the swaggering licks-laden American music of the time.

At the band's core was a startlingly spontaneous relationship between alto sax player Ron Aspery and a bass-guitar phenomenon, Colin Hodgkinson - the UK's own Jaco Pastorius.

This CD has 19 punchy pieces from the original line-up reformed. There are alto meditations over bass drones; slowly-developing sax funk lines over an accordion; blues-guitar vamping and sometimes almost an acoustic-folk sound from Hodgkinson; and some soul-sax balladry from Aspery that would make David Sanborn listen up.

Back Door itself is a guffawing, raw-edge cruise over a boogie bassline that makes you feel you're right there with them in the crowded pubs in which they honed this style. The empty pint-glasses and spilling ashtrays on the artwork are nothing less than truthful about this music's roots.
Posted by Zen Archer at 11:42:00 PM 1 comment: 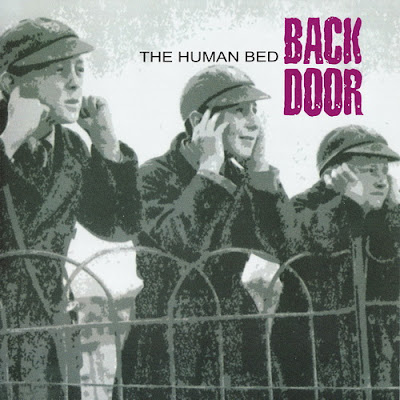 The first two of these (from 1973), spanning nine of the 14 tracks, feature the original trio lineup of bassist Colin Hodgkinson, saxophonist/pianist Ron Aspery and drummer Tony Hicks; the final five songs, from 1974, also feature electric pianist Dave MacRae
Three complete, previously unreleased, BBC sessions. Including 4 songs which have never been issued before in any form.

I declare severe bias for this band and especially for Colin Hodgkinson, who remains one of the finest bass players UK has ever produced. All musicians here are excellent and the addition of Dave MacRae of IAN CARR'S NUCLEUS fame is a pleasant surprise.

This album was originally issued in 1974, containing short pieces - which is typical for the band, anyway. Admittedly, the style varies between Jazz-Rock, Blues, R&B, Avant-Prog and even some Free-Jazz. It doesn't imply a lack of direction, rather the opposite as it showcases the degree of comfort with many styles, instead.

Hodgkinson's approach to his Fender bass is an absolute highlight for me. He plays (and sings) with great confidence, often doing chord sequences with ease. That alone is worthy of attention. Frankly, Back Door is his vehicle, after all. The quirky saxes are not so easy to absorb at first and often represent the Avant-Jazz component. Nevertheless, the musicianship is great, but more of an acquired taste