Everything Is Everything - 1970 - Just Flash In The Cosmic Pan

Everything Is Everything
1970
Just Flash In The Cosmic Pan 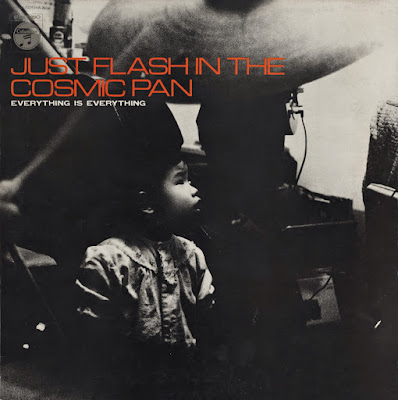 
An album so rare that I could not find an entry for it at either Rateyourmusic or Discogs... Maybe I'm doing something wrong... Japanese label and producer, and doing a tune by Terumasa Hino...

Any info would be really appreciated!
Posted by Zen Archer at 2:32:00 AM 3 comments: 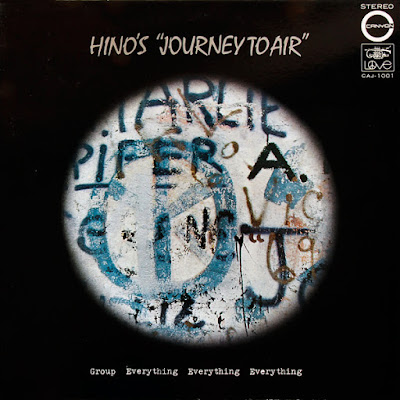 Trumpeter Terumasa Hino, the first candidate for best Japanese jazz trumpeter ever,is known quite well outside of his home country,mostly by his Miles Davis-influenced fusion albums. It's less known that during early 70s he was involved in free jazz movement, and almost unknown that during his first ever visit to New York in 1970 he recorded one-shot project's "Group Everything Everything Everything" album (released exclusively in Japan though).

I have no idea if Terumasa has been influenced by Alan Silva "Luna Surface" radical album, recorded and released some month prior to "Group Everything..." session, if not than probably very similar idea just flew somewhere around in that creative and electrified air of late 60s-early 70s. Silva in Paris formed 11-piece band (participating as violinist/conductor) and let musicians to play whatever they want,all at once. Resulted two-sides long track "From Luna Surface" presented kind of organized chaos,collective unframed and uncontrolled improvisation,reflecting creative freedom of the time and having it's own (non-conventional) beauty.

The future of both above mentioned albums are polar different - French BYG-released "Luna Surface" became a cult album (what as rule means everyone heard about it but almost no-one heard the music itself),Japanese-only album "Hino's Journey To Air" became a collectable rarity(in late 70s it was re-released as Terumasa Hino's solo album of the same title)."Luna Surface" was first, "Journey To Air" sounds better - those who like the former most probably will really enjoy the later.

P.S. It's interesting that part of the project musicians three months later recorded another similar album (this time as "Everything Is Everything" band,another excellent line-up including guitarist John Abercrombie,bassist Reggie Workman,trumpeter Randy Brecker and drummer Lenny White besides of Liebman/Grossman duo from initial project). Japanese only release as well.
Posted by Zen Archer at 1:17:00 AM 2 comments: