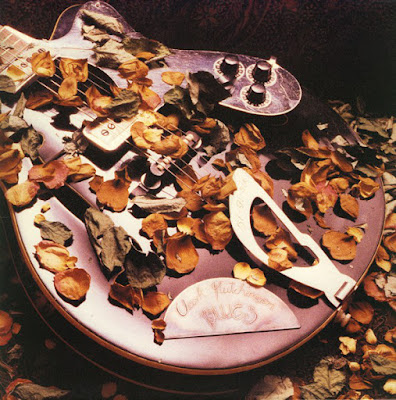 This album contains the early material of Clark Hutchinson recorded before their 1969 released "A=mh2" album. I must underline that this record doesn't have such progressive nor psychedelic qualities than the record mentioned, providing them the augmented status among the avant-garde rock legacy. But this album is still very fine class rootsy blues rock, flowing with clean and pleasant sound of feelings, and wrapped inside really beautiful gatefold covers. If you are not allergic to white 1960's blues jamming, then this record is certainly a good candidate for your listening pleasure, and especially as for an addition to your collection of LP vinyls. Their boogie reminds little the early sounds of The Allman Brother's Band, though the improvisations here don't escape as far as on the live gigs of the group mentioned.
Previously unreleased first album, from the master tape.
Gatefold, printed inner sleeve. 500 numbered copies and an unknown number of unnumbered copies.
Posted by Zen Archer at 7:02:00 PM 1 comment: Links to this post 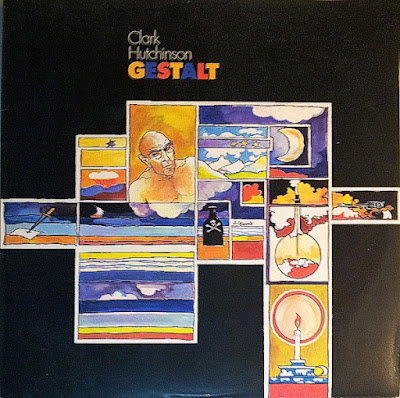 Andy Clark and Mick Hutchinson recorded four semi-legendary LPs of drug/scatter/raga-blues between 1969 and 1971. Mick Hutchinson was -- and still is -- a gifted guitarist who had began his career playing Indian style music with the tabla expert Sam Gopal. Although he never recorded with Sam Gopal's Dream -- a young guitarist named Lemmy eventually fulfilled this role -- Hutchinson and Gopal played together at the legendary 14 hour Technicolour Dream at London's Alexandra Palace in April of 1967. Later, he teamed up with the multi-instrumentalist Andy Clark. They both played a variety of instruments and this abundance of talent was brought to bear on the extraordinary two man album A=MH² which they recorded during two hectic 12 hour sessions in 1969. The band's last offering before splitting in 1971, Gestalt, was an altogether gentler, more reflective, disillusioned affair. Gestalt is eleven tracks shot through with sadness and regret. To some extent it's like listening to an extended meditation on Peter Green's 'Man of the World'. The lyrics are less explicit and less maudlin than on that particular track, but Andy Clark's vocals have the same poignancy, and Mick Hutchinson's guitar deftly and efficiently touches all the right spots. In case you're wondering, a gestalt is a pattern or structure -- an organised whole -- that is more than the sum of its parts. The idea originates with the German system of Gestalt psychology, which holds that perceptions and reactions are gestalts. A clear example is a melody as distinct from the separate notes that go to make it up. However you apply the term to this album, there is something here that transcends the eleven short tracks that go to make it up. It's elusive, like something half-remembered from a dream. Whatever it is, it's enough to break your heart." -- Simon Smith.
Posted by Zen Archer at 6:55:00 PM 2 comments: Links to this post 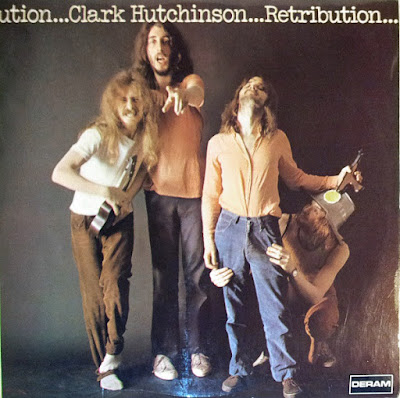 After A=Mh2 this album came as a surprise, the first track on side one, "free to be stoned" contains some wild, raw blues riffing and vocals repeating: "i just wanna beeeee stoned for the rest of my natural life...!" ...catch the drift? sounds like a jam session, i bet this was great live. wild vocals on this album Andy Clark, guitar Mick Hutchinson, "amazing" bass Amazing Stephen Amazing, percussion Del Coverley. This album is very blues orientated, much moreso than their previous debut album "A=mc2". "when i'm stoned everything seems to turn out right.." and it does seem to on this track. the sound quality is typical of albums from this period, solid bass, fairly clear, not cluttered and over-produced,not bad at all. the next track, a jazzy/bluesey ten minute instrumental called "After Hours" has a bluesey tinkling piano intro and shuffles along nicely, includes a fairly standard guitar solo, late-night smoky club music. on side two, not as good as side one in my opinion, the first track, "In Another Way" is not an outstanding song but includes a nice litle guitar solo. "Best Suit", the longest track on side two at ten minutes, is very similar to "Free to be Stoned" , half-spoken/screeched vocals about a lost hat (??),though less manic but just as raw.to some this track may sound a bit like a monotonous and repetitive jam but it settles into some basic bluesey guitar soloing and riffing. the final track "Death, the Lover" has a monotonous plodding beat and the aforementioned vocals and goes on for seven minutes. they muck about too much on this one and is not my favourite track, near the end it breaks into a completely different song .."i wish i was a mountain" all the tracks on this album are done very tongue-in-cheek and make "interesting" listening - hope you've got a good sense of humour! the band's philosophy is summed up thus on the reverse of the sleeve: "We are what we are and nobody can change us, because of this we have had to learn to swallow the aches of humiliation, perhaps now our exile is over. ah! there is hope in dust thrown up by the wind. out past the paper, out past the plastic, comes the music. Andy Clark." A record exec's nightmare! despite my seemingly lack of enthusiasm about side two of this album i play it often, and its subtle humour always cheers me up! not an essential album but interesting nonetheless. recommended!
Posted by Zen Archer at 6:49:00 PM 1 comment: Links to this post 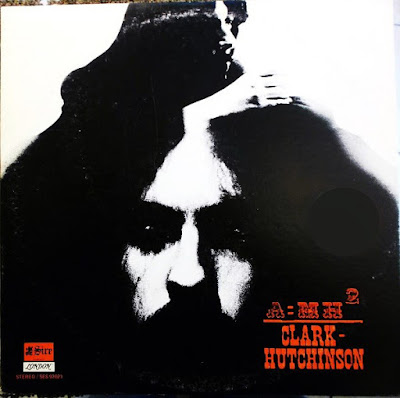 Two musicians, Andy Clarke and Mick Hutchinson, recorded this album in two twelve hour sessions, playing all instruments between them including bass, keyboards, rhythm and lead guitar and various percussion instruments, and as the sleeve notes stress, " no technical wizardry or trickery", meaning good old fashioned musicianship! Many influences on this their first album such as flamenco guitar, "raga" style and various ethnic rhythms all work together creating a very interesting listen. All are technical masterpieces, though by today's standards they may sound somewhat basic, and only using an eight track recording studio. For 1969 made very interesting listening as eastern music was very popular then.

"Improvisation on a Modal Scale" - improvisation is the word here, some excellent guitar soloing over a repeated theme as in most of the tracks here followed by the beautiful "Acapulco Gold" which features some masterly flamenco style "slightly amplified" guitar playing, the sleeve notes strongly state "no double tracking" - ok i believe them!.

"Impromptu in E Minor" crashes in, a rather Bolero style beat overplayed with a rather tinny sounding rhythm guitar and piano, followed by distorted lead guitar solo, leading up to that Bolero-style build up complete with male voice choir! I like it.

"Textures in 3/4" begins with a rather native american style intro using drum and maraccas, introducing a sax solo with flutes which build into a very pleasant piece, interspersed with lead guitar and piano solos creating a distinctly eastern- style hypnotic effect, leading up to the longest track on the album "Improvisation on an Indian Scale" which seems to attract the most attention to this album, it is 13.5 minutes of eastern magic, very popular music at the time, and according to the sleeve notes "brings forth some of the most skilful intricate and fastest guitar work ever put to disc.." i won't dispute that as there is some fine playing on this album which would interest musicians or simply the curious, but may be lost on those less interested in musicianship but those who just like to hear a good song. 37 years on this does sound rather simple to modern ears but i enjoy the album immensely and would recommend it as a very interesting piece of early, though unusual progressive music.
Posted by Zen Archer at 6:43:00 PM 2 comments: Links to this post