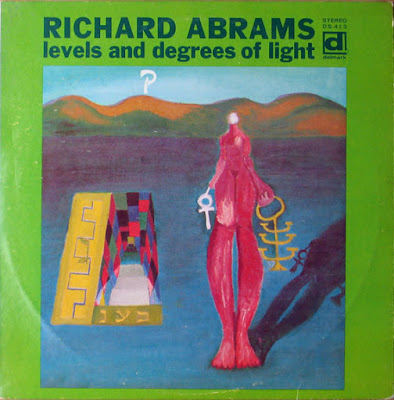 
Composer, arranger, and pianist Muhal Richard Abrams is largely a self-taught musician who was deeply influenced by the bop innovations of the late Bud Powell. Abrams has been a beacon in the jazz community as a co-founder (and first president), in 1965, of Chicago's legendary vanguard music institution, the Association for the Advancement of Creative Musicians (AACM). While Abrams is well-known as a mentor to three generations of younger musicians -- born in 1930 he was a decade older than his closest peer in the AACM -- as a bandleader and professor at the Banff Center, Columbia University, Syracuse University, and the BMI Composers' Workshop, he is not always recognized for his substantial contribution as a player and recording artist. Abrams' first gigs were playing the blues, R&B, and hard bop circuit in Chicago and working as a sideman with everyone from Dexter Gordon and Max Roach to Ruth Brown and Woody Shaw. But Abrams' own recordings reveal his strength as an innovator. His 1967 debut, Levels and Degrees of Light on Chicago's Delmark label, set the course for his own career and that of many of his AACM contemporaries, including Henry Threadgill, the Art Ensemble of Chicago, Leo Smith, and Anthony Braxton. Abrams is also a conduit for the tradition. Though his music is noted for its vanguard edginess, he nonetheless bridges everything in his playing from boogie-woogie to bebop to free improv, as evidenced by Sightsong and Rejoicing With the Light, both on the Black Saint label. Abrams has been a composer that moves through the classical tradition as well. Novi, his first symphony for orchestra and jazz quartet, has been performed at various festivals, and the Kronos Quartet performed his String Quartet, No. 2.

Levels and Degrees of Light was the first recording under Muhal Richard Abrams' name and was a landmark album that launched the first in a long line of beautiful, musical salvos from the AACM toward the mainstream jazz world. The title track finds Abrams broadly tracing out some of the territory he would continue to explore in succeeding decades, an ethereal, mystic quality (evinced by Penelope Taylor's otherworldly vocalizing and Gordon Emmanuel's shimmering vibes) balanced by a harsh and earthy bluesiness set forth by the leader's piercing clarinet. "The Bird Song" begins with a fine, dark poetry recitation by David Moore (oh! for the days when one didn't approach a poem on a jazz album with great trepidation) before evanescing into a whirlwind of percussion, bird whistles, and violin (the latter by Leroy Jenkins in one of his first recorded appearances). When the band enters at full strength with Anthony Braxton (in his first recording session), the effect is explosive and liberating, as though Abrams' band had stood on the shoulders of Coltrane, Coleman, and Taylor and taken a massive, daring leap into the future. It's a historic performance. The final track offers several unaccompanied solo opportunities, spotlighting Abrams' sumptuous piano and the under-recognized bass abilities of Charles Clark. This is a milestone recording and belongs in the collection of any modern jazz fan.
Posted by Zen Archer at 11:51:00 PM 1 comment: Links to this post