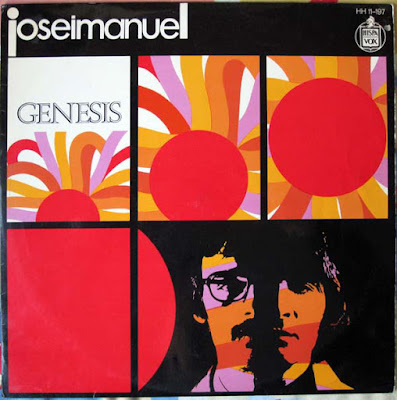 The brothers from Málaga José Antonio and Manuel Martín formed a duo since their adolescence. Regular participants in festivals of folk music , in 1970 won the attention of the powerful Hispavox record company, with which they recorded a first single: "Y me Enamoré / Pronto Amanecerá" (Hispavox, 1970) , two songs composed by themselves. As the album was not defended badly at the time of sales, they undertake the task of preparing an LP, which will be released the following year. "Génesis" (Hispavox, 1971)  would be, in the end, the most important work of this pair of brothers, fans of vocal games, who, surrounded by a discreet orchestra, achieved one of the best works of theSpanish folk pop . In this long play will appear his most remembered song, "My little sister", with which they achieved a certain notoriety and appear in the sales classifications.

"Genesis" had an impact that the company considered more than acceptable, which continues to support the brothers Martín, who undertake the recording of their second album, "Pronto Amanecerá" (Hispavox, 1972) , very similar in intentions to the first and that enjoys the same production of Rafael Trabuccheli. However, neither criticism nor sales were on a par with those of the first album.

They published a couple of more singles until in 1973 they moved to Madrid to become part of Solera , a project to which they would contribute their voices and their compositions. This supergroup announced to drum and cymbal soon be dissolved, precisely because of the disagreements between these two brothers and the other two components: José María Guzmán and Rodrigo García , not without first leaving one of the fundamental LP of our history: "Solera" ( Hispavox, 1973) .

The Martin brothers, then, began a new project next to the group New Horizons , along with those who recorded the magnificent and now almost unknown LP "Telaraña" (Hispavox, 1974) . José and Manuel took back the original project in 1976 and will still put on the street one last single: "Tomate la Vida tal y Como es / Solo para ti" (Hispavox, 1976) . Soon after, they ceased their activity. Manuel will abandon music and José Antonio will start a long career as a guitar teacher.
Posted by Zen Archer at 2:01:00 AM