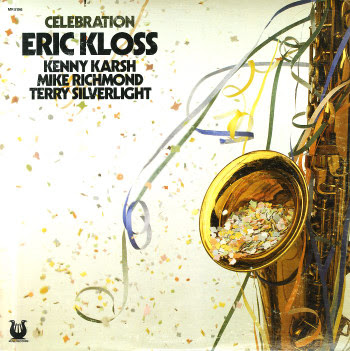 
The music on this obscure LP (the last in a long string of Eric Kloss Muse recordings) is often funky and in the fusion vein. The altoist is joined by keyboardist Barry Miles (who contributed the only one of the six pieces not written by the leader), guitarist Kenny Karsh, bassist Mike Richmond, and drummer Terry Silverlight. The playing is on a high level and the compositions are complex,
Posted by Zen Archer at 4:13:00 PM