Paul Winter And The Consort - 1969 - Something In The Wind

Paul Winter And The Consort
1969
Something In The Wind 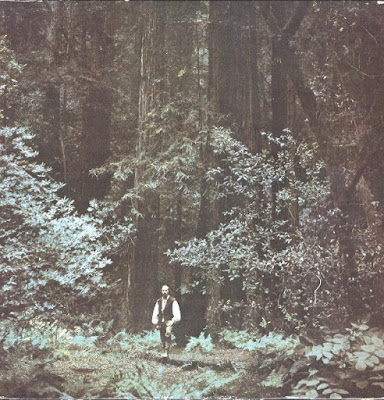 Something In the Wind is the second of Paul Winter Consort's albums on A&M (SP 4207)--the first was The Winter Consort (SP 4170)-- both before the David Darling and Ralph Towner days. 1969. Thankfully, I have all the A&M lps. The first two never made it to cd, and apparently there are few lp copies. As an Old Guy I get to see all the musics I loved and enjoyed drifting off into the mists even though technology exists to retain them. There are two Bach pieces: Cantata 127 and Ayre On a G-String. Also, Ravel's Le Tombeau de Couperin and Charles Ives' The Indians. And, period piece that it is, Fred Neil's Everybody's Talkin' and Love Theme From Romeo and Juliet by Nina Rota. The personnel on this record included Paul McCandless who played with the Consort for years and went on to Oregon with Towner et al. One of my favorite songs here is My Horse Knows the Way by Sam Brown. There are a couple of more challenging listens: Point, Counterpoint and Poorvi. The album was produced by Paul Stookey (Peter, Paul & Mary) and Paul Winter. The Paul Winter Consort is heading into its sixth decade--it is interesting to see where they started. I'll admit that in today's Go Big mentality this record is somewhat quaint and quiet--that's why I still like it.

Being their 2nd album, it doesn't seem to totally fit the arc the group later took. Their first album was called The Winter Consort, and it already had the signature Paul Winter/PWC 'sound'. This one, while mostly serene and beautiful, doesn't. It is more like an easy-listening cover of the popular songs of the time, with some splendid classical pieces and a couple more experimental/world-type explorations thrown in (but they seem tentative to me, whereas the first album was bolder). Still beautiful, still totally worth having in your collection - But, not the music you might anticipate if you're an 'early' Paul Winter /Consort fan. It's almost as if they got a little unsure of themselves before boldly heading down their eventual paths.

I popped my (new used) Paul Winter Consort record on the stereo again after playing this a couple times, and there is a definite difference in the energy and focus. It's almost like this isn't quite making the statement. Maybe it's a matter of being such a fan - A fresh set of ears with no expectations might really love this smooth, more subdued sound - love it with no reservations.

With all that said, is it worth it? Absolutely! Something in the Wind is definitely worth having in your sound library, and I am pleased as punch to now have a perfect, excellent-quality used one to listen to again at last - because, neither this or the excellent PW/PWC, has been issued on CD
Posted by Zen Archer at 1:14:00 AM