Jiro Inagaki & His Soul Media
1973
In The Groove 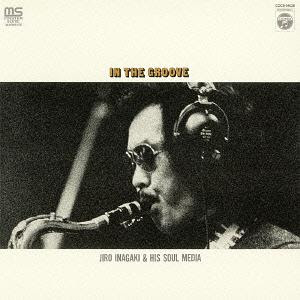 Jiro Inagaki left the Jazz Rock to focus himself on the Jazz Funk movement, with an album as The Jazz Crusaders know how best to do, as evidenced the cover songs of Wilton Felder (That's How I Feel) & Joe Sample (Put It Where You Want It). For this new route, Jiro has recruited new members for his Soul Media group featuring Akira Okazawa, Tsunehide Matsuki & Norio Maeda in charge of the arrangements and who contributes to three compositions. This blend of Smooth Jazz & Funk, approaches of the sound from CTI recordings that Creed Taylor has could produced in the seventies.