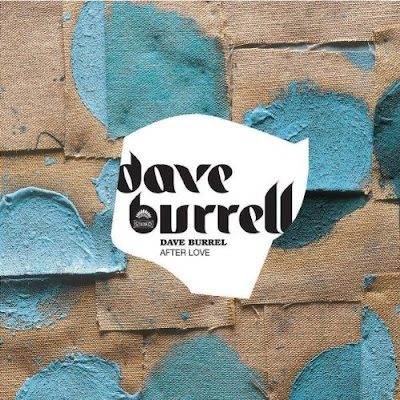 Pianist and composer Dave Burrell's After Love was the seventh release on the French America Records imprint, a label dedicated to recording the works of American expatriates in Europe. A vanguard label from the outset, it documented the work of players like the Art Ensemble of Chicago, Anthony Braxton, Archie Shepp, Steve Lacy, and many others. After Love is made up of the title track -- a long 30-minute-composition in two parts -- and "March." The band is a compelling and provocative one. While Roscoe Mitchell is featured on reeds, there are two bass players -- Ron Miller (who also plays mandolin) and Michel Gladieux. Alan Silva, normally a bassist, plays cello, (electric and acoustic) and violin. Don Moye and Bertrand Gauthier make separate appearances on drums. What is immediately striking is the lack of the piano's sonic presence on the session. It's here everywhere, but Burrell is going for something else on "After Love," and that is textural and harmonic interaction of the various stringed instruments as they encounter and dialogue with each other. The drums are almost a constant thrumming beat. Incessant, varying little in dynamic and not at all in tempo throughout part one's nearly 22 minutes. Mitchell interacts with the strings as does Burrell, but the key improvisational and chromatic interplay is elsewhere. It's a breathtaking piece. Part two is moodier, introduced by Burrell and Mitchell with Silva's bowed droning cello offering the point of engagement. This section crawls and creeps to a softly whispered conclusion. "My March" is almost a mirror image of the title track. Rhythm doesn't even enter into the piece until nearly halfway through its 22 minutes. The slow tonal unraveling of the first half gives way to a an easy march, adorned by nearly breezy flutes, popping basslines, and spacious piano interludes. This is a fine offering showcasing where elements of formal 20th century composition meet the new jazz head-on and become something else altogether.

Pianist Dave Burrell has not received the acclaim he deserves despite actively pursuing his muse for over 40 years. Coming to prominence with the second wave of avant gardists, Burrell plays in a style that accommodates not only the New Thing but takes in the entire history of jazz going back to Jelly Roll Morton. He was the pianist of choice for Archie Shepp through most of the '70s and David Murray in the '80s-90s. The two discs at hand bracket his career and provide ample opportunity to hear this distinctive musician.

After Love is from the legendary Parisian sessions of 1969-1970 that provided recording opportunities for many members of the American avant-garde (Art Ensemble Of Chicago, Archie Shepp, Anthony Braxton a/o) who had temporarily settled in that more inviting city. Burrell produced three albums at this time of which After Love is arguably the best. The set consisted of three tracks: the title track (in two movements) and "My March . Part 1 opens with pulsating basses (Ron Miller and Michel Gladieux) and drums (Don Moye and Bernard Gauthier). Soon Roscoe Mitchell enters spitting tart sopranino sax lines, followed by Alan Silva, squeezing out sparks on his electric cello (he also plays violin and acoustic cello) and Burrell's rippling piano lines. All six musicians weave a dense fabric from which the various front line instruments emerge and recede. This is a distinctly African group concept: all instruments being equal with the hypnotic rhythm carrying the music along.

The second section is primarily a ballad featuring Burrell, Mitchell on baritone sax and Silva on acoustic cello. Dark and moody, it's a satisfying counterpoint to part one. "My March opens with unaccompanied solos by Burrell, Mitchell and Silva before Moye starts a march rhythm and everyone follows in free jazz formation. Part of the reissue series of recordings from the French America label, this CD cleans up the sound from the original's horrible French pressing c. 1970 and holds up 40 years later as one of the best recordings of the free jazz diasporic period.

Consequences brings the Dave Burrell story up to date. The disc almost seems like a homage to the Parisian era of 1969-70. Being comprised of five improvised duets with drummer Billy Martin (of Medeski, Martin & Wood), recorded live in Philadelphia in 2005, Burrell takes off right from the git-go with his characteristic dense chords and sweeping glissandi up and down the keyboard (no one does this quite like Burrell).

Martin is a resourceful partner, initially shadowing Burrell, providing him with an all-over barrage in which Burrell seems completely at home. Each of the five pieces have their own distinct character. Martin's extended kit gives Burrell a wide array of options. Perhaps the only regret is that Burrell couldn't coax Martin into playing his signature tune "A.M. Rag . That would have made it a complete concert. But as it stands Consequences shows Burrell's creativity still flowing freely.
Posted by Zen Archer at 2:07:00 AM