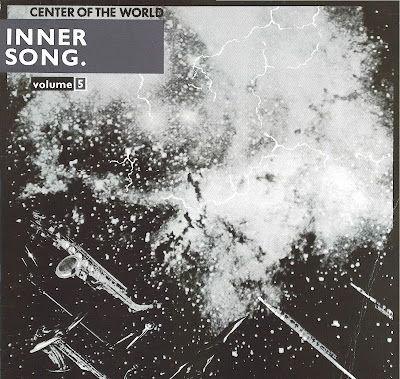 For those unfamiliar with the label, Center of The World was a label set up by Silva, with fellow bandmembers Frank Wright, Bobby Few and Muhammad Ali. A 'kitchen-table' type endeavour to propagate the music of the group and its members, they released only 5 titles - this being the final one. Later, with the aid of Frenchman Sébastien Bernard, Sun Records was founded, with participation of the same musicians. Sun was more of a 'proper label' - although still tiny with limited distribution - and went on to release some 2 dozen-odd titles. 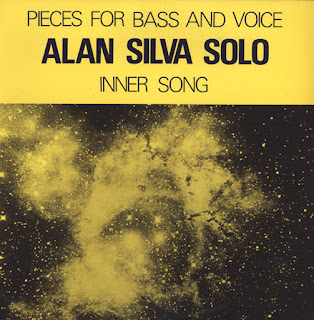 I like Alan Silva for all sorts of wholly inappropriate reasons - for having switched instruments mid career, for his great sherpa hats, for his extraordinarily diverse volume of work, for having put out his own *hand crafted* box sets, for making the synth sound good in an improv context, for his snaggle-toothed smile, and for having the sheer balls to put together a mental record like Lunar Surface as a debut in 1969.
The triple LP Seasons (1970) that followed it was monstrously good - without in any way recusing insanity - and the spirit of exploration of both the times, and the man's own path.
By the time he released this record under his own name in 1974 - the 4th, after the above mentioned 2 on BYG and Skillfulness on ESP - he had performed and recorded with Cecil Taylor, Albert Ayler, Sun Ra, Archie Shepp, Sunny Murray and Bill Dixon.
The pioneering two-bass work with Henry Grimes on Taylor's Conquistador! and Unit Structures records was already nearly a decade old.
On this, there's a whole panoply of textures and techniques. If you're not immediately taken with the opening track of the record , stay with it for a bit: - the free arco playing of Untimeliness is compelling.
Throughout, Silva plays with a free-swinging passion and commitment and with a really solid intonation - even offering up some groove-rock motifs for a passage on Side 2
The cover credits him with 'voice' - this is pretty much limited to singing along with his own bass lines and a bit of vocal expostulation. Those fearing an 'art-song extravaganza' may rest assured - not on this one..
Uncredited on the sleeve, is the piano that appears on the opening track, and a splash of organ (presaging things to come in later years!) on the last tune - an impressionistic wash of spectral soundforms. Over a swirling pedal-point, all seems to build up to a 'hot cello solo', with a voice-chant and long sustained tones thrown in.
Posted by Zen Archer at 1:08:00 AM

Email ThisBlogThis!Share to TwitterShare to FacebookShare to Pinterest
Labels: Alan Silva, Center Of The World, USA