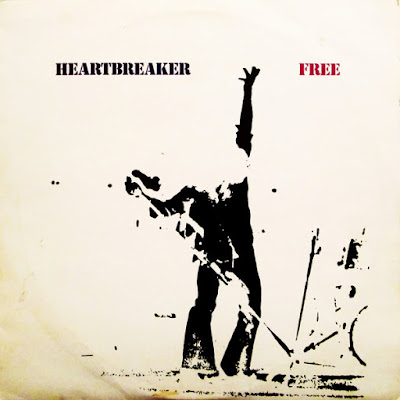 Recorded at Island Studios in October and November 1972


The reformation of Free in late 1971 had not exactly gone to plan. The plan such as it was was to get the old Kossoff back and help kill the demons that tortured his soul before they killed him. There is an argument that all it actually did was to make things worse but that does not give credit to Rodgers, Kirke and Fraser for their intention was only good.

Despite recording a brilliant and brooding album in "Free at Last" the venture had turned to disaster before the hit single 'Little Bit of Love' even had chance to slide down the chart. Cancelled gigs and tours, internal friction and turmoil all led to Fraser quitting and Kossoff being regularly sidelined. Texan keyboard wizard Rabbit Bundrick  and Japanese bass player Tetsu Yamauchi were drafted in. Suddenly Free had been transformed from four hungry ambitious lads from England into a multi national ego filled volcano of Vesuvian proportions. Or as someone remarked at the time "The Paul Rodgers Band". That though is a little unfair on Rodgers who had been in something of a power struggle with Fraser since day one and quite rightfully saw himself as Free's leader. Kirke had never been one for taking charge, he's too laid back for a start and Kossoff of course was in no fit state to take charge of anything.

However, Bundrick had different ideas entirely and never one to hide his light under a bushell demanded creative input ....... he was a member of the band not a session musician. This led to a great deal of friction between him and Rodgers so much so that proper fist fights were a regular occurrence. Bundrick has even stated that he spent much of the US tour tending his wounds. Not something you would expect from a band constantly writing about peace and love but these were sad times for Rodgers and Kirke. The sad fact of the matter is that if Rodgers and Bundrick could have sorted their differences out they could have been anything as Bundricks organ sound fitted perfectly with Rodgers' voice. Similarly Rodgers sang Bundrick's songs far better than anyone else ever has ('Muddy Water' for example).

Kossoff meanwhile was plummeting new depths and eventually Rodgers could take it no more and brought in Snuffy Walden as the bands new guitarist. He also played much of the guitar on the album himself. Kossoff was only used when he was in a fit state to play so subsequently only appears on five of the eight tracks. The decision to relegate him to that of a session musician and not a member of the band was surely unnecessary though and in retrospect I'm sure it is something that everyone involved in the decision regrets. Especially as some of his playing on the album is as good as anything he ever laid down on tape. Case in point being the superbly atmospheric and heartbreaking solo on 'Come Together In The Morning'.

The album kicks off with Free's final hit 'Wishing Well'. A classic rock riff that sounds as fresh today as it did back then was written by Rodgers but in a similar show of unity as he had displayed on "Free at Last" he gave it to the band and it was published as a group composition ...... including Kossoff, even though he played no part on the final released version. He did however appear on the US version and on later remixes that have been made available recently.

The rest of the album features four solo Rodgers compositions 'Come Together In The Morning', clearly the albums highlight despite the presence of 'Wishing Well'. The bluesy and menacing title track during which Rodgers' cries of "make a new start" are more than prophetic as this album is as much an introduction to Bad Company as it is a farewell to Free. Incidentally it was hearing this track that made Ritchie Blackmore adamant he wanted Rodgers to replace Ian Gillan in Deep Purple. The soulful lapsed Catholic torment of fighting through pergatory that was 'Seven Angels' all of which featured classic Kossoff performances and the piano led gentleness of 'Easy on my Soul', a track which Bad Company would later re record as a B side.

The second single 'Travelling In Style' was a camp fire singalong song about travelling on a train which was again credited to the band as a whole although it bears all the hallmarks of a Rodgers composition.

The remaining two songs 'Common Mortal Man' and 'Muddy Water' were solo Bundrick compositions and highlight eactly just how good this incarnation of the band could have been if Kossoff had been fit. Obviously hammond and piano led they fit Rodgers' voice perfectly and the former features some more classic crying Kossoff guitar.

The accompnaying tours were a disaster. Snuffy Walden was unavailable and Kossoff was indisposed so Rodgers handled guitar until eventually Wendell Richardson from Osibisa was drafted in. A strange choice that frankly was doomed from the start. Free fell apart in chaos. It all ended at the Hollywood Sportatorium in Florida on February 17th 1973.

Rodgers and Kirke formed Bad Company a stadium sized version of Free that stode American like a collossus througout the seventies. Bundrick went to The Who, Tetsu to The Faces. Kossoff put together Back Street Crawler but just as they were gaining some recognition he succumbed to the demons and drifted away forever on a plane flight to New York on March 19th 1976.

"Heartbreaker" may just be the most apt title for an album ever but it remains a testament to one of Britains finest rock/blues bands and despite all that went on around its creation it is worthy of the name Free on the cover. I just wish someone had had the decency to restore Kossoff to the band line up on the recent remasters for even though it was his failings that led to the demise of the band his talent and uniqueness as a guitarist has done as much to ensure they we will never be forgotten as anyone.
Posted by Zen Archer at 5:20:00 AM