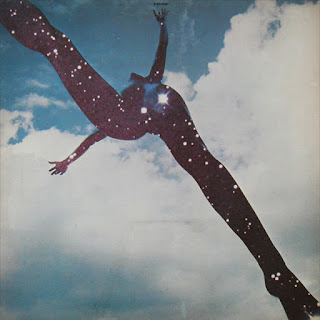 Free returned to the studio in April 1969 to begin work on their second album and already there was trouble in the camp. Rodgers and Fraser had by now formed a pretty solid songwriting partnership although they were not exactly the best of buddies. This lead to Kossoff and Kirke feeling a little less than equal as both Rodgers and Fraser had very set ideas as to how they wanted the songs to sound. In fact things got so bad at one point that Rodgers and Fraser were going to leave the band and form a duo. Kirke and Kossoff actually auditioned Overend Watts from Mott The Hoople as Fraser's replacement and Kossoff himself even auditioned for the vacant guitarist spots in both The Rolling Stones and Jethro Tull.

On to the album itself then. Well if "Tons of Sobs" was Free's blues album then this self titled follow up was probably their folk album. Although Rodgers still insists it's more of a soul album. The hard powerful blues that was all over the first album is still evident in places but is more controlled. If "Tons of Sobs" was a runaway horse  then "Free" is a restrained gallop.

The album opens with 'I'll Be Creepin" which with it's funky and prominent bass starts the album off in tremendous style. Just to prove the longevity of these songs Rodgers used this track to open his set on his most recent solo tour. 'Songs Of Yesterday' has the blues feel of the earlier album and some great Kossoff guitar, but then which of these tracks hasn't. 'Lying In The Sunshine' is a similar type of song to 'Over The Green Hills' from the first album but with more of a soul feel. 'Trouble On Double Time' is the out and out blues rocker of the album and is the only track on which Kossoff and Kirke get a songwriting credit. It has a Stones like strut about it. 'Mouthful Of Grass' closed the first side on the original vinyl issue. Virtually an instrumental with just a choir of aaah's it is a strangely hypnotic sort of song. It is also possibly one of the Free songs owned by the most people as it was used as the b-side to 'All Right Now'. 'Woman' is classic Free at their best with a nice understated intro and a great early solo from Kossoff. It was particularly effective in a live setting and is as good as anything they ever recorded. Highlight for many is the lengthy almost whispering laid back folky blues track 'Free Me'. On the live disc which comes as part of the "Songs Of Yesterday" 5-CD box set Kirke introduces this song as "..... one of our favourites actually". It is not difficult to tell why as all put in faultless performances. Kossoff in particular pulling of one of his trademark crying solo's. At at time when everyone was trying to be the fastest guitarist alive it is ironic that Kossoff was beginning to attract attention by doing exactly the opposite. 'Broad Daylight' was a bit of a throwaway song that wouldn't have been out of place on the first album and was the first single issued by the band. 'I'll be Creepin' was later released as a single but neither charted. The closing track 'Mourning Sad Morning' is an absolutely stunning piece of music that once again highlights Rodgers superb voice. Sounding in places like a two hundred year old folk song the unique mixture of Rodgers' voice, Kossoff's guitar and the haunting flute of Traffic's Chris Wood closes the album on a melancholy but beautiful note.

It is also worth mentioning the album cover as it is one that regularly appears in classic album art coffee table books. It was designed by Ron Raffielli and is a photograph of a naked woman shot from below. This effect was obtained by Raffieli standing in a hole and having the woman stride over him. The outline of her body was then filled with stars and set against a blue sky background. The centre spread of the album featured a picture of a young woman on a beach with building blocks! Each member of the band was photographed in one of the boxes. The box which displayed the photo of Paul Rodgers was being held by the girl up to her mouth and she is blowing sand of it. One of the other members of the band later commented "Typical, the one the girl had hold of had to have Rodgers in it ......"

"Free" peaked at #22 in the UK chart which was not bad at all considering there was no hit single and not exactly masses of publicity. All that would change though in 1970 with two more classic albums, a worldwide hit and a tremendous performance at the Isle Of Wight Festival. Superstardom was indeed due to come creeping around the door very soon indeed.
Posted by Zen Archer at 4:49:00 AM