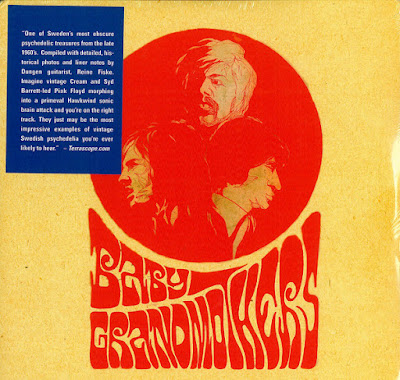 
The first two tracks presented here are from an extremely rare 45 single, and can only be considered a truly extraordinary example of what was going on in Northern Europe during this time. Incredible psychedelic guitar from future Kebnekaise guitarist Kenny Hakansson, with otherworldly voices taking you to another universe. This first track is from master tapes and is, by itself, a reason to own this CD (beyond the excellent liner notes from Reine Fiske of course). The second one is from vinyl, but no less interesting musically. A bit slower, but it's a pot boiler! The remainder of the album is made up of live guitar-fronted jams preserved for the ages in variable sound by some foresighted folks. The musical quality is hit and miss, and as with all jam albums, there are peak moments - and ones that get stuck in the ditch for far too long. So 15 minutes of 4.5 star material and 45 minutes of 3 stars. But given the historical perspective, and that it's been presented with great care by Subliminal Sounds, this one goes into the "must own" column. If you're looking for the Swedish version of Cream, then you'll find it here. 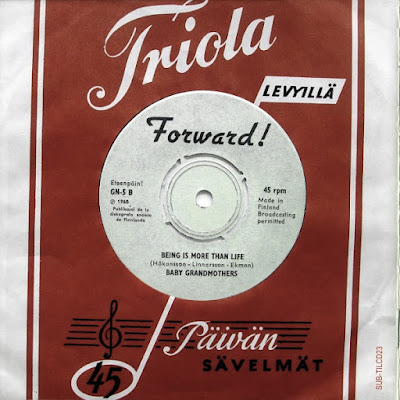 40 years later, Baby Grandmothers sees the actual light of day. It's about time. These Swedes are psych monsters jamming out heavy tunes that blew away most other things back in the late 1960's. You don't even need drugs to feel the fried out intensity going on here. I'd equate Baby Grandmothers to Acid Mothers Temple's freakout jams nowadays; they're both on the same level even if AMT outdo the freak part a little bit more. But that's only because they began 30 years later. Baby Grandmothers still have an edge on influence and the "ahead of their time" factor. Or perhaps not. These dudes weren't even so much ahead of their time as they weren't understood wholly. Which goes to explain why this is a compilation and not a reissue of a release decades past. In just a year of existence, Baby Grandmothers continue to amaze and retain their impact on the music scene, let alone be discovered by many fans anew.