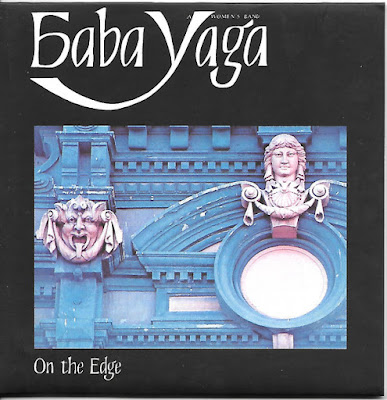 A rare gem of the famous feminist label Olivia Records - only drive feminine jazz-rock band from Portland, formed in 1975, in the main composed of six girlfriends, and the album is the fruit of three years of work of the staff, attended four more virgins. Producer of the album, too lady. Based on the fact that the two men guitarists involved in the creation of the group was soon driven out of it, and according to the specialization of the label. But despite this, the album is very high quality and they managed to mix whimsical musical genres such as rock, jazz, blues motifs with Latin, folk, pop and even AOR. Many wind (various saxophones, trumpet, trombone, flute), lyrical female vocal, even good instrumental pieces and cozy warm atmosphere. Sometimes there are excellent satirical texts in the spirit of militant feminism and Frank Zappa type things Monogamy Schdedogamy, which his accordion rhythms reminiscent of crazy cabaret. Vocals a bit, but it's pretty lyrical and pleasing to the ear.