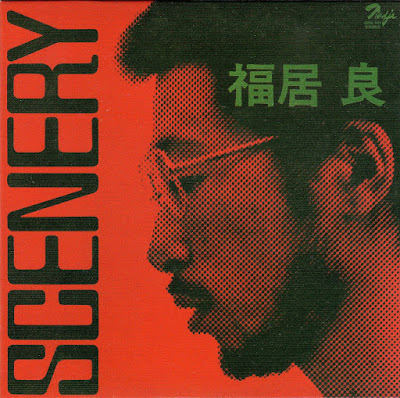 By the mid 70s, America’s jazz craze was merely a dwindling memory.  Since its creative peak in the late 50s, Americans had witnessed the creation of rock, funk, and soul, which had overtaken jazz as the most popular forms of music. The genre had simply been pushed and pulled in too many directions, struggling to keep up with the times.

Even the finest musicians of the previous decade were struggling to stay relevant among the new generation, fusing jazz with popular music in order to continue their commercial success.

Miles Davis dove deeply into jazz-rock (Bitches Brew, Jack Johnson), Herbie Hancock experimented with synthesizers and futuristic funk (Head Hunters, Thrust) and Freddie Hubbard was caught up in the smooth jazz movement (any post-Windjammer album). Don Cherry and Pharoah Sanders attempted to add Eastern musical scales and philosophies to the genre, resulting in a bizarre spiritual jazz movement. Even John Coltrane had advanced beyond bop before his death, opting instead to explore the atonal realms of free jazz alongside Eric Dolphy and Ornette Coleman.

The increasingly experimental nature of jazz in the 1970s was enthralling but ultimately lead to further disconnect from a mainstream audience, who looked for danceable styles of music. And artistically, the genre had its back against the wall.

Outside of America, however, jazz still had hope.

In Japan, the movement was still gaining traction, with hints of fusion barely beginning to appear. By 1976, however, one of the finest albums of the decade was released to little acclaim in America – Scenery. Ryo Fukui, a self-taught pianist released his own take on some of the most classic jazz standards, stunning Japanese audiences. Critics and fans alike were reminded of the modal masterpieces of McCoy Tyner and his distinctly powerful style.

Although Fukui was among the few Japanese jazz artists that has gained a following, he was far from the first in the country’s history. Japan’s brief obsession with jazz began to build slowly after the conclusion of World War II, as American culture was slowly accepted in the country. Government officials attempted to ban jazz in the 1940s, citing it as “music of the enemy”. But as American troops increased their presence in Japan, their music began to spread as well. They grew tired of the nations traditional music, wishing their danceable big-band and swing music was available instead. Thus, troops in occupied cities began hiring musicians, teaching them to play various jazz tunes.

Some American musicians toured the South Pacific (most famously swing clarinetist Artie Shaw) but there was only so much music to go around. Demand for jazz in Japan increased and naturally, the number of jazz musicians skyrocketed.

Following the war, Japanese musicians kept performing, ironically popularizing a genre established in a country which had just been one of Japan’s greatest enemies. Growing up in this new post-war musical climate, Fukui gained an interest in jazz, teaching himself how to play the piano at 22 (source). Six years later, he released his full-length debut, Scenery.

Scenery begins with “It Could Happen To You”, an original hard bop take on a piece made famous by Bing Crosby and Frank Sinatra (among many others) in the mid 40s. It builds slowly from a serene, calming introduction to a furious, upbeat tune which would make any pianist proud. Beautiful piano solos surround the chorus, which sound like they came straight out of a cool jazz Charlie Brown soundtrack from the decade before.

Next, Fukui tackles “I Want to Talk About You”, a standard originally performed by John Coltrane on his solo debut in 1958. It’s a tranquil work of modal jazz which is a perfect transition from the previous bop-based song. It’s equal parts aesthetically beautiful and technically proficient, providing a great tune for both jazz beginners and professionals.

The album reaches a crescendo by “Early Summer”, a heavier, more chord-driven piece reminiscent of the early Blue Note modal records of the early 60s. About halfway through the song, Fukui transitions effortlessly from his mellow melodies to a high-energy sweeping solo, which lasts about three minutes. Here’s where the Tyner influences are most apparent – unlike his other calming tracks on this album, Fukui has some slamming chord processions and furious solo work, which seems to span the entirety of the piano.

It’s chaotic – yet never feels forced, like many of the other avant-garde/funk pieces of the era. Remaining smooth as always, Fukui pushes the boundaries of the solo without ever losing the rhythm or overall structure of the song. After an equally impressive drum solo from Yoshinori Fukui, the song comes full circle to conclude with a similar riff present on the intro.

After two more beautiful modal pieces, the album concludes with “Scenery”, from which the album takes its name. Fukui creates some sharper, more precise piano work, as opposed to the previous two, which rely on more smooth, legato melodies. It’s a perfect blend of the two styles present on the album – meshing the upbeat, jovial nature of the first half with the more solemn, slow elements towards the end of the second half. As the album comes to a close, Fukui provides perfect, calming exit music, letting listeners know the album that their time together is almost up.

While members of the avant-garde, fusion and free jazz movements of the 1970s attempted to stand alone in their own unique fashions, it was ironically the traditional piece that has since separated itself as a masterpiece. Fukui stayed true to his form, electing to perform jazz standards in his own unique manner. While his music lacked the classical sophistication of Bill Evans or the wild personality of Miles Davis, it accurately and succinctly blends jazz influences from multiple eras. Meshing hard bop, modal and cool jazz influences, it maintains an atmosphere of majesty, serenity and peacefulness. Although Ryo Fukui didn’t break any new barriers, his original tweaks to classic standards set Scenery aside as one of the finest jazz records of the decade.
Posted by Zen Archer at 10:52:00 PM