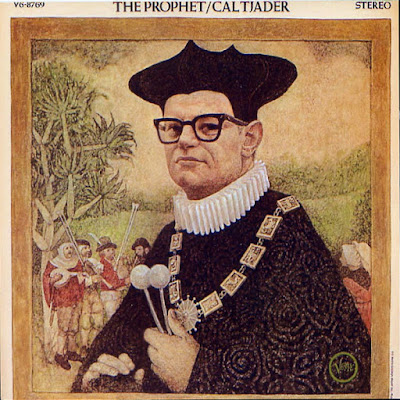 
Cal Tjader was undoubtedly the most famous non-Latino leader of Latin jazz bands, an extraordinary distinction. From the 1950s until his death, he was practically the point man between the worlds of Latin jazz and mainstream bop; his light, rhythmic, joyous vibraphone manner could comfortably embrace both styles. His numerous recordings for Fantasy and Verve and long-standing presence in the San Francisco Bay Area eventually had a profound influence upon Carlos Santana, and thus Latin rock. He also played drums and bongos, the latter most notably on the George Shearing Quintet's puckishly titled "Rap Your Troubles in Drums," and would occasionally sit in on piano as well.

Tjader studied music and education at San Francisco State College before hooking up with fellow Bay Area resident Dave Brubeck as the drummer in the Brubeck Trio from 1949 to 1951. He then worked with Alvino Rey, led his own group, and in 1953, joined George Shearing's then hugely popular quintet as a vibraphonist and percussionist. It was in Shearing's band that Tjader's love affair with Latin music began, ignited by Shearing's bassist Al McKibbon, nurtured by contact with Willie Bobo, Mongo Santamaria, and Armando Peraza, and galvanized by the '50s mambo craze. When he left Shearing the following year, Tjader promptly formed his own band that emphasized the Latin element yet also played mainstream jazz. Bobo and Santamaria eventually joined Tjader's band as sidemen, and Vince Guaraldi served for a while as pianist and contributor to the band's songbook ("Ginza," "Thinking of You, MJQ"). Tjader recorded a long series of mostly Latin jazz albums for Fantasy from the mid-'50s through the early '60s, switching in 1961 to Verve, where under Creed Taylor's aegis he expanded his stylistic palette and was teamed with artists like Lalo Schifrin, Anita O'Day, Kenny Burrell, and Donald Byrd. Along the way, Tjader managed to score a minor hit in 1965 with "Soul Sauce," a reworking of Dizzy Gillespie/Chano Pozo's "Guacha Guaro," which Tjader had previously cut for Fantasy. Tjader returned to Fantasy in the 1970s, then in 1979 moved over to the new Concord Picante label, where he remained until his death.

One of the last albums that Cal Tjader ever cut for Verve – and it's also one of the best! The great Joao Donato's sitting in on piano, and the set has a beautiful mix of Brazilian and Latin grooves, with added Verve groovy touches thrown in for good measure! Don Sebesky did the arrangements, and the album really is some of his finest work from the 60s. Cal grooves nicely throughout!
Posted by Zen Archer at 12:15:00 AM