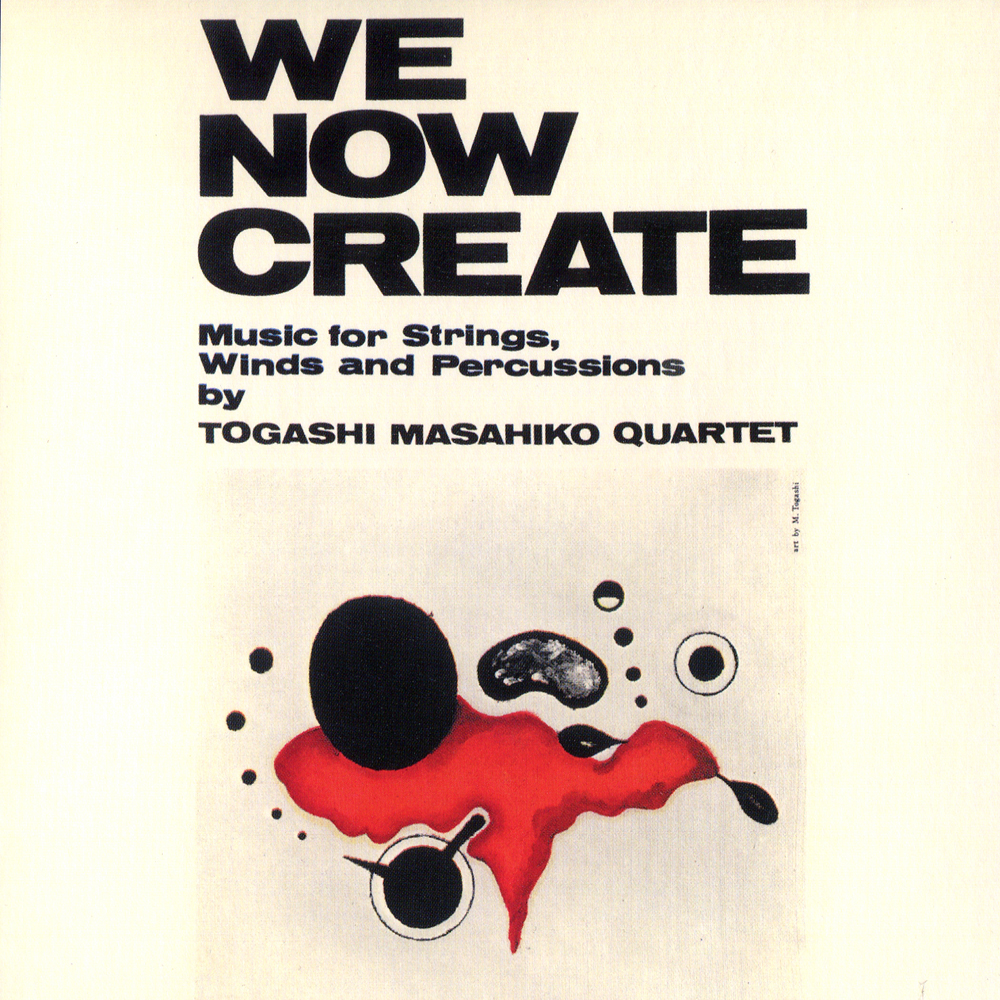 
So I’ve been reading E. Taylor Atkin’s Blue Nippon, a fascinating book that provides a history of jazz in Japan from its inception (around 1925) to the 80s, delving into concepts such as musical authenticity and cultural identity that are easily applicable to my own experiences with Australian Jazz. The book references many records that I have had to chase up to fill in the gaps, one of which being Masahiko Togashi’s We Now Create, released in 1969, well into Japan’s free-jazz boom of the 60s. Togashi, a prodigy drummer rendered paraplegic in an accident, experimented deeply with rhythm and texture, using a mixture of traditional Japanese percussion and Western orchestral instruments. Togashi was a major exponent in the movement during the 60s pursuing the notion of a unique, ‘Japanese’ jazz style, so the meaning of the album title, I think, is self-evident. Many Japanese musicians during this time sought to break free from the stereotype of Japanese jazz as derivative and unoriginal. A quote from Atkin’s book turned me onto Togashi:


This concept of using silence, or ‘space’ in improvised music, wasn’t particularly new to me, but the new wording intrigued me, so I was curious to hear how Togashi implemented his ‘Oriental’ concept of 無, nothingness into his music.

The opening 2 minutes of the first track – Variations On A Theme of Feed-Back – features a beautiful introduction by Takayanagi, masterfully controlling feedback and balancing dissonance and consonance (will definitely be checking out some of his other work). The track progresses to high-energy improvisation, with Takagi wailing over the group, Togashi sometimes pushing the intensity, sometimes backing off with sparse textural contributions. Yoshizawa alternating between wild dissonant walking and rhythmic arco, with Takayanagi tying it all down with repeated riffs and simple melodies, often being caught up in the energy of the other three.

The other tracks follow the same theme of solo interludes developing into group improvisations. In ‘Artistry in Percussions’ the entire quartet plays percussion, making for some beautiful textures. By far the highlights of this album however, for me, are the sparser moments where each musician has space to themselves to create (here I’ll borrow Togashi’s words) both mu and yu. During the explosive moments of collective improvisation, it seems to me that the musician’s individual voices become less distinct (maybe I’m trying to hard to hear them, unfamiliar as I am with all four musicians). The fourth and final track, Fantasy For Strings, I found to have a perfect balance, with each musician speaking cohesively and thoughtfully.

So could I hear Togashi’s ‘Oriental’ sense of space? Not particularly, although this is the only album of his so far that I’ve heard, so I’ll continue my investigation. What I have learnt, however, is that I’m in love with Masayuki Takanayagi’s guitar playing. Definitely interested to hear some of his projects.
by nirandasika
Posted by Zen Archer at 2:17:00 AM