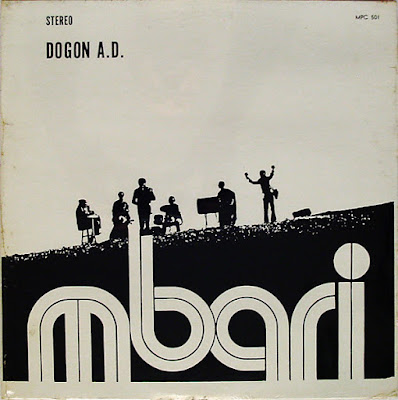 Hemphill was born in Fort Worth, Texas, and attended I.M. Terrell High School (as did Ornette Coleman). He studied the clarinet with John Carter, another I.M. Terrell alumnus, before learning saxophone. Gerry Mulligan was an early influence. Hemphill joined the United States Army in 1964, and served for several years, and later performed with Ike Turner for a brief period. In 1968, Hemphill moved to St. Louis, Missouri, and co-founded the Black Artists' Group (BAG), a multidisciplinary arts collective that brought him into contact with artists such as saxophonists Oliver Lake and Hamiet Bluiett, trumpeters Baikida Carroll and Floyd LeFlore, and writer/director Malinke Robert Elliott.

Hemphill moved to New York City in the mid-1970s, and was active in the then-thriving free jazz community. He gave saxophone lessons to a number of musicians, including David Sanborn and Tim Berne. Hemphill was probably best known as the founder of the World Saxophone Quartet, a group he formed in 1976, after collaborating with Anthony Braxton in several saxophone-only ensembles. Hemphill left the World Saxophone Quartet in the early 1990s, and formed a saxophone quintet.

Hemphill recorded over twenty albums as a leader, about ten records with the World Saxophone Quartet and recorded or performed with Björk, Bill Frisell, Anthony Braxton and others. Late in his life, ill-health (including diabetes and heart surgery) forced Hemphill to stop playing saxophone, but he continued writing music until his death in New York City. His saxophone sextet, led by Marty Ehrlich, also released several albums of Hemphill's music, but without Hemphill playing. The most recent is entitled The Hard Blues, recorded live in Lisbon after Hemphill's death.

A source of information on Hemphill's life and music is a multi-hour oral history interview that he conducted for the Smithsonian Institution in March and April 1994, and which is held at the Archives Center of the National Museum of American History in Washington, D.C.

A seminal session from the St Louis scene of the early 70s – one that was humming nearly as much as Chicago was with the AACM at the time! As with the larger organization in the Windy City, St Louis had the Black Artists Group – of which Julius Hemphill was a key member, forming fresh new ideas in improvisatory jazz with players who went onto have an undeniable impact on the global scene as well. This album's one of the standout recordings of the Black Artists era at its best – a record produced by Hemphill, but equally balanced between his own alto and flute, the trumpet of Baikida Carroll, cello of Abdul Wadud, and drums of Phillip Wilson – plus a bit of added baritone from Haimet Bluiett. The rhythms are quite open, but there's also a nice sense of structure to the record too – a bridge between spiritual and free jazz that prefaces the impact that both Hemphill and Bluiett would have on the New York loft jazz generation.

From the very first notes of this album, you know that something special is taking place. The cello of Abdul Wadud brings a repetitive theme, supported by some energetic drumming by Philip Wilson, with Hemphill and Baikida Carroll on sax and trumpet playing the main theme. After a minute or so Carroll drops away and Hemphill starts with a magical sax solo. Wadud and Wilson relentlessly continue with their hypnotic basis, sometimes only playing parts of it, yet keeping it implicitly present at all times. After about 13 minutes the piece changes and the contrapuntal interplay between the cello on the one hand and the sax and trumpet on the other hand leads to a climactic finale. "Dogon A.D." is phenomenal in the simplicity of its form and the power and creativity of its performance. "Rites", the second number, starts with strong interplay of the four band members, who quickly pursue their own lines without loosing focus of the whole. "Painter" brings Hemphill on flute. This CD is an absolute must for all jazz fans. It is unfortunately impossible to get in stores anymore, and it is very hard to understand that it was never brought out on CD.
Posted by Zen Archer at 8:36:00 PM