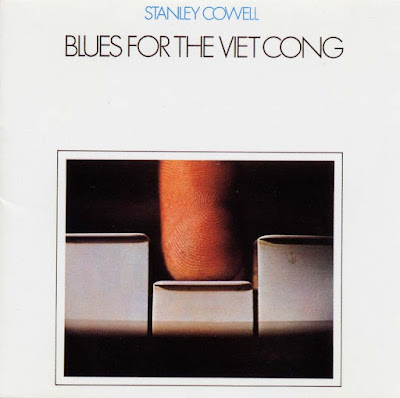 Stanley Cowell can best be described as an intellectual pianist. From his early classical roots to collaborations with premier jazz artists to his creative solo career, Cowell’s music has been defined by integrity and taste. With an agile left hand and a relentlessly imaginative approach to standards and his own compositions, his solo concerts are events to be savored.

Stanley Cowell, was born in Toledo, Ohio, in 1941. He studied piano there with Mary Belle Shealy and Elmer Gertz, and pipe organ with J. Harold Harder. By the age of fifteen, he was a featured soloist with the Toledo Youth Orchestra in Kabelevsky's Piano Concerto No. 3, a church organist/choir director, and a budding jazz pianist.

Cowell's formal training in music has been quite extensive: a Bachelor of Music degree from Oberlin Conservatory and a Master of Music degree from the University of Michigan. He also has additional undergraduate study at the Mozarteum Akademie, Salzburg, Austria, and graduate study at Wichita State University and the University of Southern California. While at U.S.C., 1963-64, he performed Gershwin's Concerto in F with the Burbank Symphony Orchestra, and played jazz in the Los Angeles area with Curtis Amy's and Ray Crawford's bands.

After completing his Masters at Michigan in 1966, Cowell headed for New York City where he worked for such musical artists as Max Roach, Abbey Lincoln, Rahsaan Roland Kirk, Herbie Mann, Miles Davis, Stan Getz and the Bobby Hutcherson-Harold Land groups. For several years he was part of Charles Tolliver's Music Inc., with whom he formed the innovative musician-owned record company, Strata-East, in 1971.

Cowell organized the Piano Choir in 1972, a group of seven esteemed New York-based keyboardists, and he became a founding member of the Collective Black Artists, Inc., a non-profit company devoted to bringing African-American music and musicians to the public. He served as conductor of the CBA Ensemble, 1973-1974.

In 1974, he served as a musical director of George Wein's New York Jazz Repertory Company at Carnegie Hall, along with Gil Evans, Dr. Billy Taylor and Sy Oliver. During the Seventies, Cowell established his reputation as a versatile and sensitive pianist/composer, performing and recording with Sonny Rollins, Clifford Jordan, Oliver Nelson, Donald Byrd, Roy Haynes, Richard Davis, Art Pepper, Jimmy Heath and many more great musical artists. From the period 1974-1984 he toured, recorded and conducted workshops throughout the Americas, Europe and Japan as the featured pianist with the Heath Brothers (Percy, Jimmy and Albert). He was a recipient of a Meet The Composer/Rockefeller Foundation/AT&T Jazz Program grant for 1990-1991, for the creation of “Piano Concerto No. 1” (in honor of Art Tatum), which was premiered by the Toledo Symphony Orchestra, January 17, 18, 1992.

Cowell served on the board of the Charlin Jazz Society, producer of jazz concerts in Washington, D.C., 1990-1996. He and his wife Sylvia currently produce concerts in Prince George's County, Maryland, under The Piano Choir, Inc., a non-profit music and educational entity.

In July, 1992, he was the featured piano soloist with the Colorado Festival Orchestra in Gershwin's Rhapsody In Blue, and many other “third stream” works, conducted by Gunther Schuller and Larry Newland. Stanley Cowell is currently a tenured professor at Rutgers University, Mason Gross School of the Arts, Department of Music, New Brunswick, New Jersey. From 1981-1999, he was a professor at Herbert Lehman College, C.U.N.Y., Bronx, New York, teaching music history, jazz history, piano, improvisation, electronic/computer music, arranging, and jazz band. From 1988-1989, he concurrently taught jazz piano at New England Conservatory, Boston.

Stanley Cowell, the pianist and composer, performs and lectures professionally as a solo pianist, and in ensemble formations from duo to orchestra. He performs in a variety of venues, from jazz club to concert hall, often utilizing electronic sounds and African finger piano.

Incredible work from the young Stanley Cowell – one of his first albums ever, but already a step ahead of most of his contemporaries! The set's a trio date, unlike some of Cowell's later albums for Strata East – and it's got a wonderful blend of soaring piano lines and more complicated rhythms – already showing some of the spiritual elements that Cowell would later craft into longer lines with Charles Tolliver – but possibly even more striking here in the looser space of a trio! Rhythms are sometimes quite fluid and free – almost in the vein of some of Steve Kuhn's most inventive late 60s work – but sometimes things echo previous generations as well, almost with a Jaki Byard vibe. In addition to Cowell's great work on acoustic and electric piano, the trio features wonderful drums from Jimmy Hopps and bass from Steve Novosel – both players who are at the top of their game here, and really help set fire to Cowell's music.
Posted by Zen Archer at 11:52:00 PM