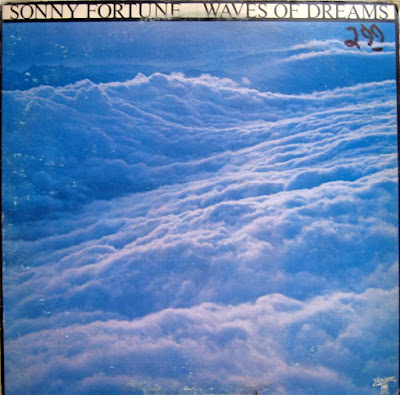 
Considering his talent, this was a rather weak and overly commercial effort by the great altoist Sonny Fortune. On several of the numbers, Fortune is joined by some dated electronics; his playing on flute and soprano (during two of the five songs) is not on the same level as his alto, and the songs (four of which are his originals) are forgettable. The tricky time signatures and some of the solos are worthwhile (in the supporting cast are trumpeter Charles Sullivan and keyboardist Michael Cochrane), but the set overall is not the least bit memorable. Sonny Fortune eventually showed that he was capable of much better.

A really wonderful album by Sonny Fortune – recorded for a major label, sure, but with the soulful depth of some of his earlier work for the indies! Sonny's on alto, flute, and soprano sax – and also plays a bit of percussion and some slight mini moog – not too much, as the session only has slight electric touches, but mixed with additional Fender Rhodes from Michael Cochrane, which gives the record a shimmering finish that helps take Fortune's reed solos up to the heavens!
Posted by Zen Archer at 10:37:00 PM