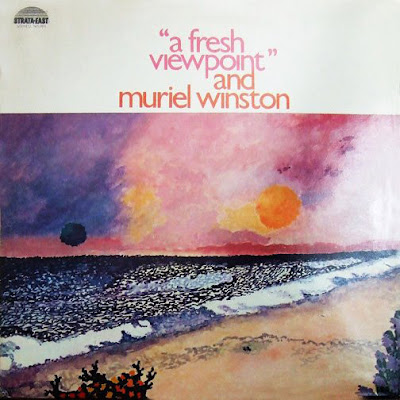 One of the most unusual albums on the legendary Strata East label – an unusual mix of jazz and soul vocal material, put together by singer Muriel Winston with arrangements from the great Bill Lee! There's a relaxed, easygoing feel to the record – one that's upfront and personal on the tunes that feature Muriel in the lead on ballads, but gets a bit more righteous on some of the spoken passages, then feels really collaborative on some of the numbers that feature a chorus of younger singers (including Spike Lee's sister, Joy). The material is an unusual mix of styles – some straighter jazz vocals, some more spiritual – and the album's divided into two sides "The Universal Side" and "The Personal Side" – the latter of which features a number of lesser-known Tadd Dameron compositions. Lee handles the music direction and arrangements, and plays bass in a small combo that also features Clifford Jordan on flute, Stanley Cowell on piano, and Billy Higgins on drums. Winston's a vocalist with a slightly spiritual kind of sound, and some of the tracks on the record are nice light little ditties with piano by Stanley Cowell, drums by Billy Higgins, flute by Clifford Jordan, and bass by Lee.
Posted by Zen Archer at 12:47:00 AM