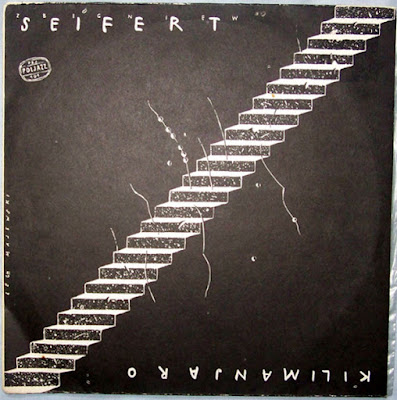 Recorded live in club "Pod Jaszczurami", Cracaw, Poland, November (misspelled on back cover as Nowember) 14, 1978
This release includes both volumes of the 'Kilimanjaro' LPs released in 1978.


Polish violin virtuoso Zbigniew Seifert passed on the firmament of the Polish Jazz scene like a bright comet before dying from cancer in 1979 at the ridiculous age of 32. Today, decades later, he is considered as one of the greatest Jazz talents that ever lived and every piece of music recorded by him during his short career achieved a legendary status. Strongly influenced by the music and musical philosophy of John Coltrane, Seifert is often called "the Coltrane of violin", mainly because of his exceptional improvisational power, brilliant technique and a totally integrated approach to Jazz, pushing the boundaries with every note uttered from his instrument. Seifert's compositions, although rooted in European music, provide him with a perfect vehicle for his ambitious explorations and are all timeless masterpieces. This album (and its companion Vol.2) presents a live recording at his home town (Krakow) famous Jazz club "Pod Jaszczurami", made less than a year before his tragic death with a great group consisting of the best players on the local scene: guitarist Jaroslaw Smietana, keyboardist Janusz Grzywacz, bassist Zbigniew Wegehaupt and drummer Mieczyslaw Gorka. The music includes two original compositions by Seifert, including the extended piece which gave the album its title. The third piece is a tribute to Seifert's mentor John Coltrane in the form of Coltrane's famous composition "Impressions". This is exceptional music, which should be revered by every Jazz enthusiast on this planet with no exception. Absolutely essential!
Posted by Zen Archer at 5:30:00 AM