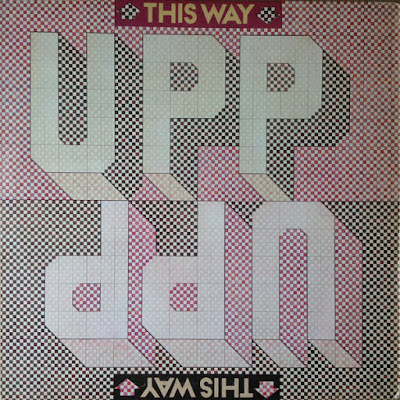 
Upp was a British keyboard based soul funk/jazz rock band, active in the 1970s and based in South London. The group consisted of Stephen Amazing aka Steve Fields (bass guitar), David Bunce (guitar), the group's founder Andy Clark (keyboards), and Jim Copley (drums). Stephen Amazing played bass at different times in bands called 'The Kinetics' and 'The Abstracts'. Andy Clark had recorded several albums with south coast blues-boomers Clark Hutchinson. The group's debut album, "Upp", was released in 1975, and produced by Jeff Beck who also played guitars on the album. Jeff also produced "This Way" (posted here), and played guitar solos on "Dance Your Troubles Away" and "Don't Want Nothing to Change." This album has been classified as jazz fusion, but fundamentally the music is a mellow blend of funky white soul. The musicianship is good, and the band's sound is reminiscent of a lightweight AWB. Listen to Be Bop Deluxe's great "Sunburst Finish" album with Andy Clark on keyboards 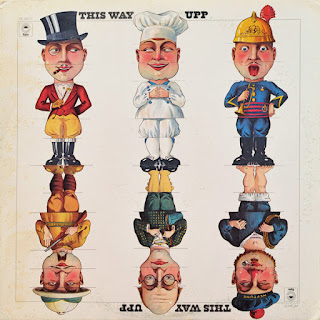 I listened to it again tonight and it still stands up as a fine slice of original music. A bit funky, a bit mellow, difficult to classify. A little bit like AWB in places perhaps. Great bass playing, strong white soul vocals. Guest appearance from Jeff Beck. Only four stars because it's a bit patchy - some standout songs and a few fillers.
Posted by Zen Archer at 5:28:00 PM