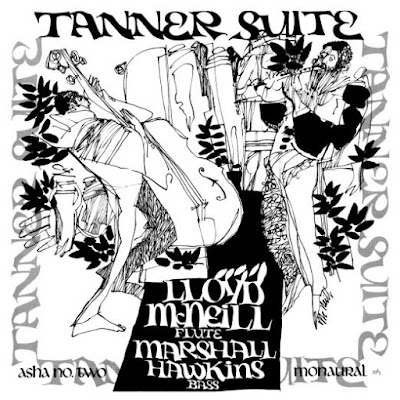 Improvised and recorded in the galleries of the National Collection of Fine Arts, at the Tanner Exhibition, July 20, 1969.

Tanner Suite is one of the most beautiful and by far the rarest of all of McNeill’s records, a unique piece of music especially commissioned by the Smithsonian National Gallery Of Art in the late 1960s to accompany an exhibition of the work of Henry Ossawa Tanner, the first African-American painter ever to gain international success.

Tanner Suite was originally released in 1969 as a private individually numbered pressing of 1000 copies on McNeill’s own Asha Record company and has never been issued since. Soul Jazz Records new pressing of this album is also limited to 1000 copies each on vinyl and CD. Both editions come in heavyweight exact-replica hard tip-on USA card sleeve original artwork.

This beautiful and intense set of pieces based around improvisation was the soundscape to the significant exhibition of Tanner's work, created at an important point in post-civil rights African-American self-definition. The music is both profound and spiritual.

Lloyd McNeill is flautist, composer and painter. As musician he studied with Eric Dolphy, played with Nina Simone, Mulatu Astatke, Nana Vasconceles, Ron Carter, Dom um Romao and Sabu Martinez. In the mid-1960s McNeill headed to Paris and became friends with Pablo Picasso.
Posted by Zen Archer at 2:13:00 AM