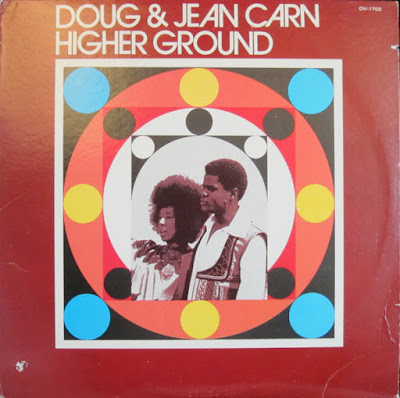 
When the 1980s acid-jazz movement showed how early jazz-funk could so successfully be hitched to later dancefloor sounds that even pop DJs noticed, the cult crossover hits of pianist/composer Doug Carn and vocalist Jean Carne (she adopted the "e") were dug out of vinyl collections. Between 1972 and 1973 in LA, the gifted married couple had collaborated on a brilliant series of albums for the Black Jazz label, infusing the musical and spiritual agenda of cutting-edge jazz with seductive soul/R&B hooks. But they soon split, and the vocally dazzling Jean became a Philly R&B star, disco diva, and eventually revered sample-source for hip-hop artists.

Forty years after the Black Jazz period, the long-estranged couple are recounting that absorbing story with every appearance of cordiality and plenty of their old skilfulness and spirit. Their life story obliged the backing band to shift abruptly from a hybrid free-jazz/funk vibe to a Motown groove or a four-to-the-floor disco beat, which brought the occasional lapse of tightness. But Carn's sparing solos and supportive, arranger's chordwork on the Fender Rhodes, and Carne's octave leaps, unfussy scat, soul-power and cool theatricality took care of almost everything. Carne entered after a smoky instrumental opener, and saxophonist Stacy Dillard shadowed her closely – from her solemn proclamations to rhythm – wrenching improvisations on John Coltrane's A Love Supreme.

Many fans were there for the Motown and disco songs (the silence when she asked if anyone knew their iconic 1972 Infant Eyes album was an indication of that), and the second half of the set cruised through hits like Was That All It Was, Free Love and Don't Let It Go to Your Head. Carn and Carne know everything about transforming such materials, though. His keyboard quirks, and her beseeching soul tones, lithe-at-65 dancefloor strutting and devious phrasing – she dances up to resolving notes by the most unexpected routes – banish almost every hint of the formulaic.

On Higher Ground, Doug and Jean Karn apply fantastic vocals to jazz that flies like be-bop, has the openness of modes, and uses a nice balance of electric and acoustic instruments. Bass and some piano provide a lot of the backbone, but an funk organ solo chimes into the middle of the title track.

There are unique juxtapositions of 60s and 70s, old and new, organic and synthetic. If you can picture Miles' 60s band playing some of his 70s interludes, you're getting warm, Listen to the spacey keyboards on the cover of Coltrane's "Niama."

Maybe they call this stuff Spirit Jazz due to its mainly angelic nuance--the music swings hard, but maintains a lightness, never overpowering the strong but gentle female vocals. The tracks are airy, but have tons of substance.