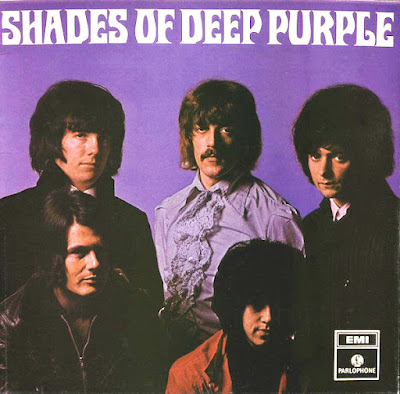 The story of the formation of Deep Purple is a tangle of coincidences, nebulous ideas and raw enthusiasm, with the central aim of putting together a band which would immediately be ready to take on the world. The beginning of the thread came from one Chris Curtis. In 1967 he carried around the fantasy of building a group centred around himself in his old Searchers role as both drummer and lead singer. His previous track record impressed businessmen Tony Edwards and John Coletta, who agreed to finance and manage the new group, which at that time existed only in Curtis' imagination. Their investment would eventually pay off beyond their wildest dreams, but that would be largely due to the incredible musical chemistry between the first two musicians enrolled into the plan: organist Jon Lord and guitarist Ritchie Blackmore. First brought together in December 1967, they quickly hit upon one of the most unique and universally loved 'sounds' in rock music. Even after Curtis' ideas had inevitably nosedived into the realms of unrealisable fantasy and he had drifted from the picture, Edwards and Coletta had no hesitation in backing a group built around Lord and Blackmore. The line-up was quickly completed with experienced ex-Johnny Kidd & The Pirates bassist Nick Simper, plus singer Rod Evans and drummer Ian Paice, both from The Maze. Once the band was finalised in March 1968, there was no hanging around, a debut tour followed in April (during which 'Deep Purple' was chosen to replace original name 'Roundabout'), and a first album was hurriedly recorded over a single weekend in May.

What's often taken for granted about Deep Purple Mk 1 is that inside nine months they recorded three studio albums and a non-album single... prolific isn't the word. Those early releases have been described as lacking direction. In reality the band were still coming to grips with a wonderful new sound which seemed to work with virtually any type of music, and which did not limit them to a set direction. Every musical avenue was open, and the first to bring success was pop. Debut single 'Hush' was a huge US hit, climbing into the Billboard top five. Soon afterwards their very aptly titled first album 'Shades Of Deep Purple' was scaling the album charts. There was hardly a pause for breath. A major American tour was booked for October 1968, and second album 'The Book Of Taliesyn' was recorded and rush released to coincide. It followed the same basic formula as the first; a mix of Vanilla Fudge style covers (ie. expanded, slowed down and steamrollered), classical interludes, and self-written pieces packed with every musical idea that could be shoehorned in. However, the music had become more uncompromising. It was developing an edge at odds with their unwelcome pigeon-holing as a pop act. Follow-up singles 'Kentucky Woman' and 'River Deep, Mountain High' still did reasonably well however, indeed Purple's 'River Deep..' outperformed the classic Ike & Tina Turner version in the US charts.

When US sales began to slide (a non album single 'Emmaretta' went nowhere fast in early 1969) so did the reasoning to keep the band as it was. Despite carrying a wide spectrum of interesting and intricate music, their third album (the eponymous 'Deep Purple'), was not the way forward, and the line up that recorded it was history by the time of release in July. In May 1969 Paice, Lord and Blackmore decided to take the plunge and concentrate on the increasingly dominant hard rock and classical elements in their music, leaving behind the pop and commercial side, and aiming at the UK and European rock circuit. Some of the earlier album material lent itself well to the superb improvised instrumental skills of the musicians, but new, dynamic songs were also needed. Simper and Evans, now seen as being unsuited to the band, were to be replaced.

The split was not as straightforward as it could have been, both Simper and Evans were kept uninformed as long as possible. Even after their replacements Ian Gillan and Roger Glover (from Episode Six) had already been enlisted and begun recording and rehearsing with the band, Simper and Evans remained in the dark, and continued to play live with the band for some time. Neither was pleased at eventually hearing of their impending fate through the musicians' grapevine.

Evans ended up forming the excellent US based Captain Beyond with ex-members of Iron Butterfly, while Simper formed Warhorse, a UK based rock band who tried to follow in the vapour trail of Deep Purple Mk 2. 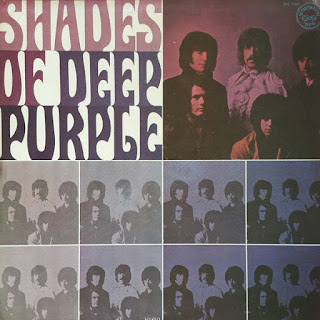 "FIRST LP from Deep Purple, currently ridinig high in the American charts with "Hush". This is one of the so-called "underground" groups that is not content to play solely blues. There is a lot of good music here, sometimes interspersed with sound effects and electronic noises which all adds to the performances. Listen to "Mandrake Root", it's a driving number with a powerful vocal from Rod Evans and stirring organ sounds from Jon Lord (who plays well throughout the LP). "Help" is taken at a slow tempo and becomes a real plea. Try any track - they're all great. Strongly recommended to all discerning pop fans."  (UK music paper, 1968)

The usual perception of early Deep Purple is that it was a band with a lot of potential in search of a direction. And that might be true of their debut LP, put together in three days of sessions in May of 1968, but it's still a hell of an album. From the opening bars of "And the Address," it's clear that they'd gotten down the fundamentals of heavy metal from day one, and at various points the electricity and the beat just surge forth in ways that were startlingly new in the summer of 1968. Ritchie Blackmore never sounded less at ease as a guitarist than he does on this album, and the sound mix doesn't exactly favor the heavier side of his playing, but the rhythm section of Nick Simper and Ian Paice rumble forward, and Jon Lord's organ flourishes, weaving classical riffs, and unexpected arabesques into "I'm So Glad," which sounds rather majestic here. "Hush" was the number that most people knew at the time (it was a hit single in America), and it is a smooth, crunchy interpretation of the Joe South song. But nobody could have been disappointed with the rest of this record -- one can even hear the very distant origins of "Smoke on the Water" in "Mandrake Root," once one gets past the similarities to Jimi Hendrix's "Foxy Lady"; by the song's extended finale, they sound more like the Nice. Their version of "Help" is one of the more interesting reinterpretations of a Beatles song, as a slow, rough-textured dirge. "Hey Joe" is a bit overblown, and the group clearly had to work a bit at both songwriting and their presentation, but one key attribute that runs through most of this record -- even more so than the very pronounced heaviness of the playing -- is a spirit of fun; these guys are obviously having the time of their lives rushing through their limited repertoire, and it's infectious to the listener; it gives this record much more of a '60s feel than we're accustomed to hearing from this band. [The EMI/Spitfire re-release from 2000 is notably superior to any prior version of the CD, made from the original master tape (which had been sent directly to the group's American label, Tetragrammaton, leaving EMI with a vinyl dub, astonishingly enough), with textures far closer and crisper than have ever been heard before -- there are also five bonus tracks, two very early outtakes from their earliest sessions, an alternate version of "Help," a BBC recording of "Hey Joe," and a searing live U.S. television performance of "Hush."
Posted by Zen Archer at 4:59:00 PM