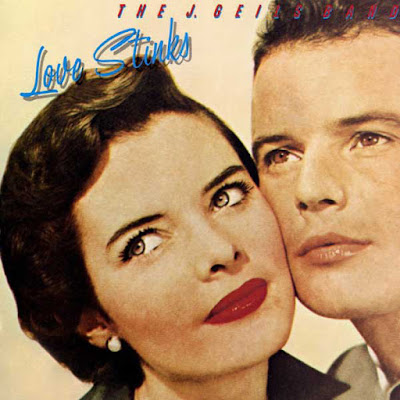 
Released some two years after the band's EMI debut, Sanctuary, the Love Stinks project would see the J. Geils Band going in an even more commercial-leaning direction than its predecessor. Taking over the main production duties, keyboard player/main songwriter Seth Justman set out to better the band's gold-plus-selling Sanctuary. And to some degree, he wildly succeeded. Although not as consistent or diverse as Sanctuary, Love Stinks would feature one of the band's most recognizable FM songs ever -- the album's infectious title track "Love Stinks." In a live setting, the track would often turn into a veritable tour de force only to be outdone by Peter Wolf's hilarious rap about "Adam and Eve in the Garden of Eden smoking weed together," which would introduce the song (often on a nightly basis). "Night Time" is another great, although somewhat typical "rave-on" type of J. Geils song; "No Anchovies Please" is a little strange; and closer "Till the Walls Come Tumblin' Down" is, as the song title hints, just that. Bolstered by "Just Can't Wait," another good album opener, Love Stinks turns out to be solid effort, but one that sounds a little outdated at times due to its acerbic, synth textures. Not one of the band's best overall records but one that would allow the band to outdo itself with the classic Freeze Frame a year later.
Posted by Zen Archer at 12:12:00 AM