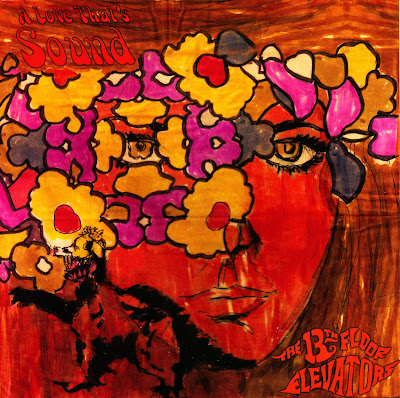 
The third 13th Floor Elevators album, "Bull of the Woods," has always been somewhat of a disappointment. The band had pretty well disintegrated from legal troubles, insanity and various other pressures. With vocalist Roky Erikson and lyricist/electric jug player Tommy Hall pretty much out of commission, guitarist Stacy Sutherland did the best he could and he did manage to pull off a pretty good psych rock album. The problem was that it didn't really deliver as an Elevators album. This collection gives us a much groovier view of what a real third Elevators album could have been. Rocky Erikson sings on all of the tracks that feature vocals, even if a few of them are likely just guide vocals, and the band rocks a lot closer to their signature sound. The monoural sound quality is somewhat muddy, but us longtime Elevator fans should be used to that from years of substandard versions of their first two albums. The electric jug only shows up on one track, but let's face it - the jug was always a bit of a novelty and the band does pretty well without it. Also, we get to lose those damn horn overdubs which marred "Bull of the Woods."

The first six tracks here are first rate, if a bit rough, 13th Floor Elevator rockers and stand up pretty well in comparison to the classics on the first two albums. "It's You" is a fine display of the poppier side of the band with a chorus that will end up stuck in your head forever, while "Livin' On" and "Never Another" serve up a tighter version of the psychedelic guru vibe that the group pursued on "Easter Everywhere." Erickson's version of "May the Circle Be Unbroken" is one of the group's absolute masterpieces, although it does admittedly come across a little better in its stereo version on "Bull of the Woods." Since the first six tracks only clock in at about 22 minutes, the disc is filled out with some instrumental takes called "Sweet Surprise" and "Moon Song." They're relatively dispensable, with the former coming across like a blues based jam and the latter sounding like a rocked up version of "Postures (Leave Your Body Behind)." Still, they're a nice momento of the prime Elevators sound just before it was lost forever.

I typically shy away from recent releases, but I imagine many of you may stay away from this release due the somewhat poor reputation of "Bull of the Woods." Surprisingly, this document of the band is almost as essential as the first two albums. If you have any doubts, note that this is actually the first disc of the set while "Bull of the Woods" is relegated to the second disc. There are some pretty interesting liner notes included as well. Buy it - Roky deserves the royalty checks.
Posted by Zen Archer at 5:19:00 PM