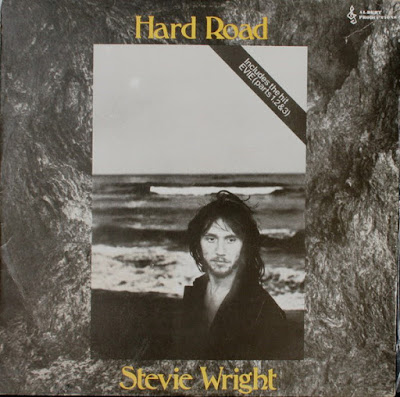 
Stevie Wright's first taste of fame was with the now legendary 60's group, The Easybeats. Together with Harry Vanda and George Young, they created some of the most memorable and iconic music to come out of Australia in the 1960's. They rivaled The Beatles in their talent and success and scored an international hit with "Friday On My Mind".

After the breakup of The Easybeats, Stevie went solo and released his debut solo album, Hard Road, in 1974. Produced by none other than his former Easybeats partners, Harry Vanda and George Young, the album was a huge success in Australia, topping the charts everywhere.

Hard Road is without question Stevie's finest hour, and it remains one of the best Australian albums of the period. The classic Vanda-Young tracks -- the autobiographical "Hard Road", "Didn't I Take You Higher?" and the epic "Evie" were ably complemented by Stevie's own strong compositions "Movin' On Up", "Commando Line", "Life Gets Better" and "Dancing in the Limelight".

Stevie's groundbreaking debut solo single "Evie (Parts I, II and III)" is a genuine rock epic. It is arguably the perfect rock'n'roll song, encapsulating the three basic themes of all love songs -- (A) "Baby it'll be great once we're together, (B) "Baby, it's so great now that we're together" and (C) "Baby, it's so bad since you left me". Clocking in at a whopping eleven minutes in total, it seemed an unlikely chart contender, but the three parts were wisely split across the two sides of the single, and the head-on power rock of "Evie Part I" proved irresistible. Lyrically, it revisited the perennial "gonna have a good time tonight" theme of "Friday On My Mind" and "Good Times" and musically it is perhaps the ultimate distillation of the full-frontal hard rock Vanda & Young had previously essayed on V&Y classics like "Good Times", and showcased the no-frills hard-rocking sound which they would soon hone to perfection with AC/DC.

Released in May 1974, Evie shot to the top of charts, peaking at #2 nationally during July. It did especially well in Melbourne, where it stayed at #1 for seven weeks. The Hard Road album also peaked at #5 nationally and #1 in Melbourne. It was released on Atlantic in the USA and Polydor in the UK and made a strong impression overseas -- Suzi Quatro later covered "Evie", and Rod Stewart included a version of "Hard Road" on his Smiler album. "Evie" is now widely considered to be one of best Australian singles of Seventies.