Roky Erickson
2007
You're Gonna Miss Me 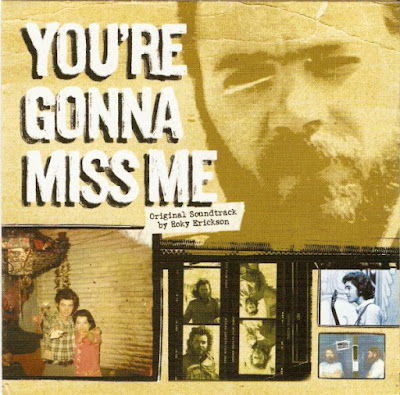 Soundtrack for a film about Roky Erickson. Tracks 6 and 12 are previously unreleased.


You're Gonna Miss Me is an American documentary film by Keven McAlester. It focuses on Roky Erickson, the former frontman for the rock band The 13th Floor Elevators. The band is cited as pioneers of the psychedelic rock genre. The film covers Erickson's rise to fame, his excessive use of LSD, struggles with schizophrenia, and his 1969 marijuana arrest that led to stays at Austin State Hospital and Rusk State Hospital for the Criminally Insane. Erickson was irrevocably changed after the onset of his illness and he went long stretches with little interest in making or performing music. The film opens with Erickson, who had been living as a total recluse for over a decade. What follows is a closer look at how "the great lost vocalist of rock and roll" came to live in poverty and isolation, struggles to receive effective treatments, and how he manages to return to music and life. The film takes its name from the debut single by The 13th Floor Elevators.

The documentary was nominated for a 2007 Independent Spirit Award for Best Documentary.

In the annals of spooked rock, Roky Erickson is a legend. When you hear his wobbling, impassioned, vocal yowl, you have to admit: He could've been a sort of psychedelic, proto-punk, American Van Morrison. Alas, history has been less kind to Roky. Kevin McAlester's documentary discloses precisely why (and how) Roky's early status as an icon--a maverick rock genius as demonstrated by his band, the 13th Floor Elevators--went sadly awry. At the center of You're Gonna Miss Me are some crucial dramatic tropes: a terribly broken family; a pressing, age-old "Am I my brother's keeper" predicament; and a relatively simple case of schizophrenia. The film opens in a courtroom, Erickson's aging and awkward mother, Evelyn, and his youngest brother, Sumner, locked in a battle for guardianship over the then-53-year-old, mentally imbalanced singer. The film captures Thurston Moore (Sonic Youth), Patti Smith, and Billy Gibbons (ZZ Top), among others, testifying to Roky's non-pareil genius. Also present, however, are tales of Roky's singular madness--extended acid and heroin binges and, alas, his then-present-day condition, living in cramped, decrepit quarters with an array of transistor radios, stereos, TVs, and keyboards, all cranked fully as he placidly reclines or wanders aimlessly.

The film painstakingly shows the Erickson family's longstanding fissures, contextualizing Roky's schizophrenia and, disarmingly, putting his mother's own awkward idiosyncratic behavior on display. Lee Daniel's cinematography brilliantly captures the desolation and desperation of Roky's life, camera shaking and panning and finding hidden angles to show the strange, seemingly endless schizophrenic signs around the singer--dozens of antennae, stacks and stacks of mail strewn throughout his apartment, and Evelyn's complicated obsession with Roky's history--from his highpoints as a rocker to his tragic three-year stay at the Rusk State Hospital for marijuana possession (where, for example, he played in an ad hoc band with a couple of murderers, a rapist, and, improbably, a hospital counselor) to her own, eerie film project where she casts Roky as "the king of the beasts" in a home-movie she undertakes as a "legacy" for the family. The film is all about otherworldly dimensions, centering in large part on youngest brother, Sumner--himself an accomplished musician playing tuba with the Pittsburgh Symphony Orchestra--and his legal battle to become Roky's guardian and get Roky "simple medical care" and medication for his schizophrenia. This is an important chapter in the history of rock, without the underlying humor that made Dig! an indie film hit in 2005 but with a much larger historical purview. --Andrew Bartlett


From San Francisco to London, the youth of the 1960s were turning on, tuning in and dropping out like flies on a mudslide. A cultural upheaval set the establishment on its collective ear, announcing loud and clear that a new generation was on the rise and about to change the world. As with any sociological shift came a slew of casualties — burnouts on the corner of Haight and Ashbury, the heart of Piccadilly, and hundreds of lofts and crash pads from New York to Los Angeles — jam packed with a gaggle of esteemed trend setters, socialites and rock stars — Edie Sedgwick, Tara Browne, Jimi Hendrix, Janis Joplin, among the ever after.

Time, Newsweek and the major networks had their eyes fixed on the metropolitan miscreants, but a psychedelic scene of its own was festering deep in the heart of Texas. A wayward group of musically gifted, chemically enhanced hooligans called the 13th Floor Elevators were making noise in Austin, notorious for their LSD-fueled performances. Unbeknownst to many is a tale of lunacy and misfortune that marred the Elevators’ chance at widespread appeal.

The charismatic Erickson was arguably the only Elevator with any real musical promise, yet his sanity and bouts with the authorities grabbed the headlines. As the book reveals, Erickson would soon overcome his demons, get the proper medical help he needed, and return to the mainstream as a performer and functioning member of society.

Tommy Hall is credited as the leader and driving force behind the 13th Floor Elevators. With no musical training whatsoever, Hall blew into a jug and somehow incorporated its pulsating, almost desperate discharge into the fabric of the Elevators’ sound. He stood out as a highly intelligent, well-read, somewhat conservative iconoclast of the first order whose appetite for LSD was fast and furious. Acid, he claimed, enabled him to tap deeper into any number of subjects and ideologies — philosophy, religion, history, astrology, science — as sources of inspiration for his lyrics. Now living as a hermit tucked away among the row houses of San Francisco, Hall came close to realizing his vision as an LSD guru, but he lacked the ability to roll with the changes to push his cause forward. For all of his contributions to the psychedelic movement, Hall may be forever immortalized as the only guy ever to get away with blowing a jug in a rock and roll band.

Stacy Sutherland was the resolute guitarist whose misfortunes led to an early demise. His legal problems and loose affiliations prevented the Elevators from touring beyond the Texas border (after their infamous trips to San Francisco). Although he singlehandedly gave the band their edge, drugs and alcohol plagued Sutherland his whole life, along with near-poverty living conditions (something all of the 13th Floor Elevators dealt with) and a wife who accidentally stabbed him to death in 1978.

Like Syd Barrett and Brian Wilson, Roky Erickson’s drug experiences took him away from his music. 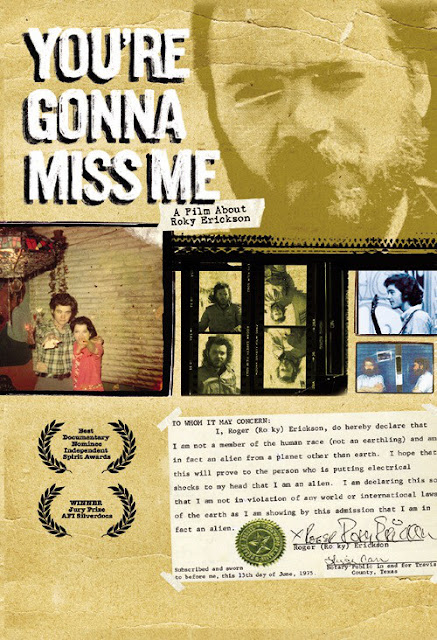