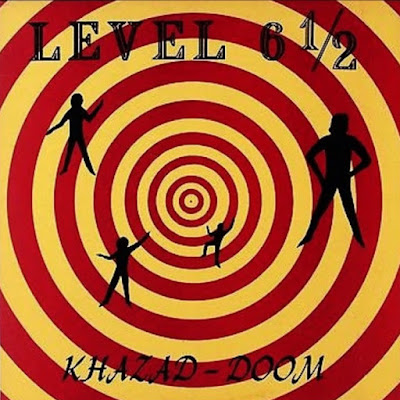 To the best of my knowledge, and according to the RYM database, there has yet to be a CD re-issue of this album. With that in mind and with regard to this review, I have to allow some latitudes. With the price of the original LP prohibitive and the fact that I junked vinyl decades ago means I have to rely on a needle-drop download to sample this album. The one I have obtained has appalling sound quality, I doubt I have any bootlegs that are this bad! I suspect that the original recording is pretty low-fidelity but there is a lot of distortion on this version. So, no comments regarding audio quality are taken into account when judging this release.

On to the music then. This is a really nice album, full of that late Sixties vibe with dreamy vocals and slow organ backed soundscapes. It sounds like a Hammond / Leslie combination and looking at their website confirms the former at least. It doesn't get too many prominent moments but is always there in the background.

In terms of ability, these guys certainly had plenty of talent. There's loads of interesting sections and nice arrangements to hint of a future that ultimately never happened. There's a sort of Turtles, come Zager and Evans feel about the style of music employed, with strong lead and harmony vocals. It's definitely more Psychedelic than Progressive, although both would be accurate terms when describing the music. By 1970, many bands of a certain leaning were moving on from the psychedelia of the Sixties and moving into the newly formulated Progressive rock. This is a transitional period when the dominant generic influence could fall either way; looking forwards or looking back. This is right on the cusp, more usually found from albums a year or two earlier. That's by no means a criticism, on the contrary, that dichotomy is often a major factor in the charm of an album. This is certainly a case of period charm.