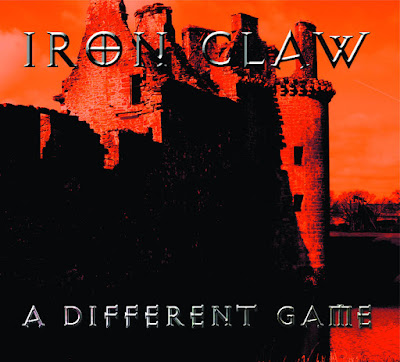 There are not many bands who have remained as intact as Iron Claw have across 40 years. With the exception of their vocalist Gordon Brown, the band have retained three out of four of the original members. Having never released an album until Rockadrome released an anthology of all the band’s recordings in 2008, they were for many a band that some may have seen ploughing the circuit across the late 60s and 70s, while for many others the lack of any releases will make them appear as something new and fresh. Given the press pack provided with promo CD, the impression I certainly had was that it was going to prove to be a rare gem, rather than disappearing in the general direction of sappy hard rock with a distinctive AOR feel to it, I expected to be hearing something which signalled a rekindled desire to make up for lost time.

Now lets face it many bands who were around in the heyday of hard rock who continue to exist now have not matured well, they have become nothing more than one of those bands who play in the corner of seedy pubs parodying their more successful peers by churning out endless covers. It would however be a mistake to think that Iron Claw are doing the same, but that doesn’t necessarily mean that what they are doing is good, because for the most part it’s not. But I’m wondering why, the talent has not dulled with age, the music promises something greater than its parts, and yet what they have produced in A Different Game is the worst kind of early 80s hard rock.

Along with their hair they have managed to siphon off and dispense with out and out good ol’ 70s style rock outs and in its place have installed the kind of perm hair rock I hated when I was a kid and beyond, Def Leppard, G’n’R, late Scorpions. All of these elements are here, and because of that it has already become dated even before its actual release date. Now of course you can anticipate that I’m not a fan of those bands in their later manifestations, bar GnR who were always fuckin shit, and if you are a fan then you should check this band out because you may love them. Believe me when I say I wanted to love this band too, but this isn’t what I would term blues laden rock as described on their release sheet, no sirreee, this is smoochy pap with a capital P-A-P.

But hey without further ado lets venture into the songs because this is one house of horrors you are unlikely to survive. To be honest, I have attempted again and again to try and get through all 13 tracks but have as yet to achieve this goal. Usually in the company of others the kind of remarks I have received go along the lines of “when will this torture cease?” Sorry to say it’s not quite over yet. What Love Left kicks off proceedings, for me it’s a highlight of the whole album. This was the direction they should have pursued. It’s raw, slightly over compressed, but hey it really is a good full bore rock song. Some serious shredding is making itself present, the vocals soar and the lyrics are perhaps typical of this style, which is of course fine.

From here on it starts to go down hill rapidly. Saga dives in with that G’n’R riff, but hey it could have been present on any Scorpion or Def Leppard album post amputation. The Traveller has exactly the same vibe, happy rock riffs accompanied with a super cheesy chorus. I can’t take it, it is already becoming a painful road and yep their right when they say it’s the road to hell. A Different Game introduces a more ballad feel to the proceedings, reverbed harmonies wash in, and then of course those god awful riffs. Bollox, I can’t listen to the whole thing, readers you get the general idea. If you like cheap refurbished, bleached, sanitised, compressed, shoulder padded 80s shit then you need to check this out. It’s retro but not as I love it. On the upside guitarist Jimmy Ronnie is the saving grace in the band. He has mastered his instrument and it is a joy to listen to him working his magic, just a shame it has to be over such tosh. I leave you with one more example, a lyrical extract from Angel Woman, “she’s my baby and I love her so, I pray to God she won’t ever go”, and yes this is the ultimate downside: the lyrics. Junior school lyrics ransacked stripped back and then written in crayon. Seems somehow wrong that men in the 50s if not 60s are writing songs like this, the only thing missing was singing about Yardbird school girls and then we could have got the child protection services involved.
Posted by Zen Archer at 5:22:00 PM