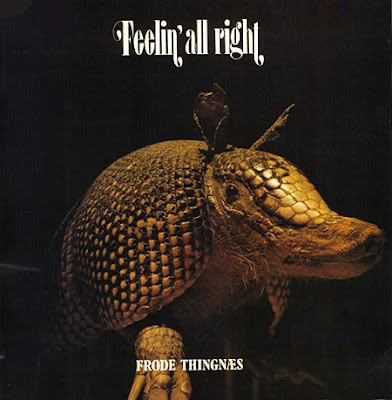 He was kapellmeister at Norway's most famous revue theater, Chat Noir in 1960. On the pop music scene he made contributions over a period to Popol Ace. He conducted the Norwegian Radio Orchestra. Together with Philip Kruse he wrote the music for the Norwegian Eurovision Song Contest entries "Hvor er du?" (1974, English title "The First Day of Love") and "Mata Hari" (1976), both performed by his former wife, Anne-Karine Strøm. At the time both Thingnæs and Strøm were members of jury member Finn Eriksen's orchestra. Frode Thingnæs has also conducted and been a member of the Defense Staff Marching Orchestra (FSMK) and for more than 30 years he has conducted Norway's most high-profile Janissary orchestra, Kampen Janitsjarorkester. Other pop music collaborations include Wenche Myhre, Lill Lindfors and Svante Thuresson. For a number of years Thingnæs worked together with Einar Schanke, Alfred Næss and Yngvar Numme. He has composed a lot. His most renowned works may be Wheels and the Flåklypa ballet (1985) at the Norwegian National Opera. He also produced records for, among others, Bodega Band (1977). In latter years he led a quintet together with Harald Gundhus. Thingnæs died, aged 72, in Oslo.

Feelin Alright is Frode Thingnaes first album. It is considered a Norwegian jazz masterpiece from 1974, a true holy grail amongst jazz collectors. It sells for high amounts online. It was originally released in small quantities with very limited distribution, mainly in Norway. Recorded in the 70's, combining funk, folk songs, jazz and soul, makes it an unique album that represents the contemporary 70's jazz scene in Norway.
Posted by Zen Archer at 5:08:00 PM