Peter Hammill
1988
In A Foreign Town 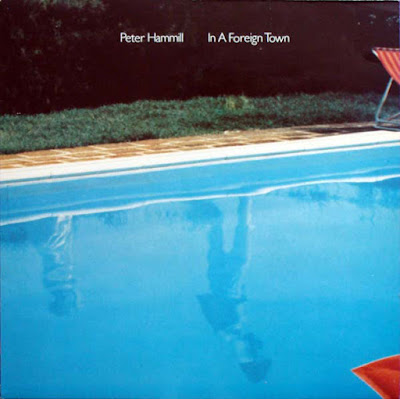 Peter Hammill's "In a foreign Town" is not an album, that you should start your adventure with a PH's creative power. Problem is not with a bad or hard songs that this one include, but rather interpreations. Mr. Hammill write on His page, that using of rythm ("plastic drums") in some tracks was a mistake, and I have to agree with His opinion. From the other hand "In the foreign town" is still a strong LP - just listen to the memorable songs like "The play's the thing", or "Time to burn" and "Invisible ink" to understand that Hammill's form is still on the highest level. I'm personally a little disapoipointed (for the first time!!) only by the vocal on the "Invisible ink", because when you compare it with the "Peel sessions" version (which is full of expression) it sounds much weaker. To sum up - very good album, don't be afraid to buy it.
Posted by Zen Archer at 5:36:00 PM