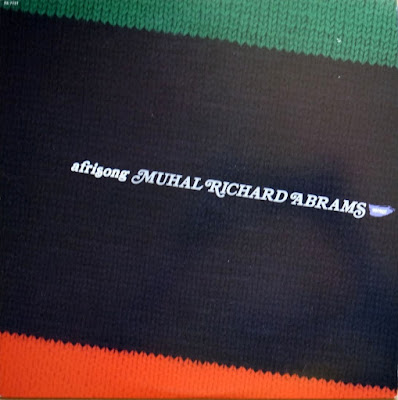 
One of the most beautiful albums ever recorded by this legendary AACM pianist! The album was a rare Japanese-only session from 1975, but recorded in Chicago — and it features Muhal playing solo in beautifully warm spiritual tones that are very different from his playing on many other albums from the time. The work is wonderfully introspective, showing a whole new side to Abrams’ genius the sensitive, contemplative keyboardist who occasionally emerges during some of Abrams’ larger group sessions, but who usually gets pushed back in the fray of larger instrumental interplay. The whole album’s extremely beautiful, and it’s darn near impossible to find in the original! Tracks include “Afrisong”, “The Infinitive Flow”, “Hymn To The East”, “Roots”, and “The New People”.

Muhal Richard Abrams seamlessy blended elements of stride, bebop, blues, and free music on this collection of solo piano pieces recorded in 1975 for the Japanese label Trio/Whynot. It was also available briefly on India Navigation. Top numbers included “Hymn to the East,” “Blues For M” and the title track. It was also a chance for Abrams to display his instrumental facility and underrated keyboard skills, which often take a back seat to his arranging, compositions and bandleading.
Posted by Zen Archer at 4:12:00 PM