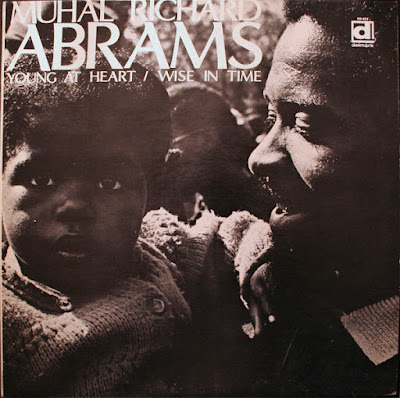 
The spring of 1969, when this album was recorded, was at the end of a most intense period for Muhal Richard Abrams and his associates. Four years earlier they had formed the cooperative Association for the Advancement of Creative Musicians. The AACM's initial objective was simple enough: To produce concerts, at a time when the jazz world in general and in Chicago in particular were struggling through an economic recession. Very quickly, it was clear that something larger was happening, for these were exceptional musicians whom Abrams had taught, nurtured, goaded. It's as if the jazz revolution begun by Ornette Coleman had lit a fuse that stretched a thousand miles, from New York to the south side of Chicago, to set off four years of fireworks.

Muhal Richard Abrams, as the founder of the AACM in Chicago, has been one of the unsung leaders of the avant-garde ever since the mid-'60s. A versatile pianist, Abrams is heard in two different settings on this, his second session as a leader. "Young at Heart" finds him stretching out on a solo piano performance that hints at earlier styles while exploring the potential sounds and silence of free jazz. Wise in Time has Abrams functioning as part of an explorative quintet with trumpeter Leo Smith and altoist Henry Threadgill, both of whom were unknown youngsters at the time. Fascinating music, it is recommended strictly for the open-eared listener who does not demand that all jazz swing conventionally.

Muhal Richard Abrams has never really gotten the attention nor respect he deserves, at least outside of the Chicago jazz scene. Maybe it's because he's so difficult to pigeonhole, leaping as he does from numerous camps and mixing everything from late modernism to gospel into one glorious whole. Maybe it's his steadfast refusal to sell out and dumb down his compositions. Maybe, as critic Gary Giddins has surmised, it's his somewhat exotic first name that frightens people off. Whatever the case, the man is a giant and deserves the reputation so many contemporary jazz artists grant him. This 1969 album consists of only two tracks, both lengthy explorations of opposite ends of the New Sound in jazz. 'Young At Heart' is a thirty minute improvistion on solo piano, in which Abrams touches upon ragtime and stride along with the louder bursts of atonality and lyrical passages of great beauty. It's an amazing accomplishment. 'Wise In Time' is a bit more difficult, a twenty-minute explosion of noise, featuring two players who would go on to become giants in their own right - Wadada Leo Smith on trumpet (here just going as Leo Smith), and Henry Threadgill on alto. A truly wonderful album, blessed with intelligence, energy, beauty and variety.
Posted by Zen Archer at 12:59:00 AM