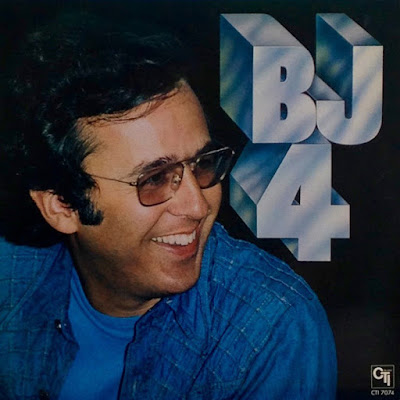 
He may not have been inventive with his album titles, but jazz keyboardist Bob James has always had a way with stellar arrangements and great material. So it is with his 1977 album BJ4. Continuing the jazz-pop/rock fusion of its three immediate predecessors, BJ4 only has six tracks on it, but they are very good ones--originals like "Where The Wind Blows Free", "Tappan Zee", and "Treasure Island"; and adaptations of "Pure Imagination" (from the original 1971 film WILLY WONKA AND THE CHOCOLATE FACTORY), the England Dan and John Ford Coley hit "Nights Are Forever Without You", and "El Verano"--a lush Latin-influenced instrumental based on the Jefferson Starship's 1975 hit "Miracles."

James' arrangements and keyboard playing are aided by such fine musicians as percussionist Ralph MacDonald, drummer Steve Gadd, guitarist Eric Gale, and flautist Hubert Laws, along with the recording expertise of producer Creed Taylor. This is yet another jewel in James' ever-expanding crown of great albums, and well worth getting for jazz, pop, and rock fans alike.