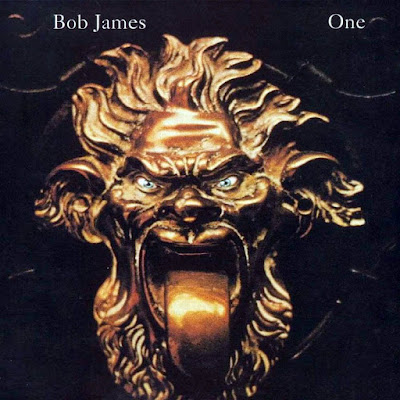 
Bob James’s career developed during a time when radio ruled, records sold, and Roberta Flack had the country’s number one song. Things were different then. Popular music was changing, and over in New York, kids were priming themselves for a burgeoning hip-hop scene. James was thirty-five by 1974 and had just released his first solo album on CTI Records. His subsequent projects for the label were both commercially successful LPs and unsung flops. Regardless of units sold, it was those very records that would lay the foundational sound for some of hip-hop’s most coveted records. It was those kids in New York who initially took James’s music and adapted it for themselves to use and the world to see.

James’s first three CTI releases—One, Two, and Three—are amongst the most sampled records ever. And if we’re truly beginning to grasp how younger generations make music, it’s safe to assume that James’s catalogue is a resource that’ll be continually sifted through and sampled from.


Bob James himself on One:

This is the most sentimental project of mine. I’m amazed at the life it still has even though it was recorded thirty years ago. The music business surprises me in all kinds of ways and this has been one of them. The most rewarding thing about this project, which I was committed to and worked so hard on, is that it took on new life years later. It’s amazing really. Given all of that, I never would have anticipated how so many songs from this record would end up in a completely different genre. When I recorded the album, I wasn’t thinking about it in that way. In the back of my mind, I was thinking that this album, at the very least, would give me a chance to record some arrangements that I could use as a demo. [laughs] I wasn’t even thinking about it as a full time solo thing. And that’s why the album is so eclectic. I did all kinds of stuff, used different musicians and orchestras just to have a wide variety of music to show people. One song in particular, “Feel Like Making Love” was also done by Roberta Flack around the same time. Roberta’s version became a huge hit, so I sort of rode on the coattails of that. [laughs] Radio stations at the time would play both our versions back to back, which gave me a lot of exposure. I think Roberta Flack’s success helped catapult my record sales. “Night on Bald Mountain” was another cut that got a lot of airplay. I think those two songs helped make the album a success. I had no idea the record would become commercially successful, so well remembered and so sampled.

“Valley of the Shadows”
Well this is the type of tune that would be difficult to convince record companies to do in the later years. But at the time, Creed [Taylor] was very open to letting me do what I wanted to do. I really loved having the chance to do something like this. In a way, I treated this song like a film score because it was very dramatic. And, I suppose that in the back of my mind, I was hoping this song would help me get work in the film-scoring business. Although I can’t trace my film work to this song, I think it did indirectly help me get future jobs in films. I definitely had a lot of offers to score movies after it was released. I think people realized my background allowed me to do that type of music too. It was full of contrasts and was just really different. That song was probably the most radical and daring in that era because it was very different than what anyone else was doing.

“Night on Bald Mountain”
Creed Taylor really liked the idea of taking classical music and adapting it to jazz or funk. This song gave me an opportunity to work with a larger ensemble of musicians. Especially for a piece like this, there was a huge orchestra and a big brass section. It also was one of the early recording sessions of Steve Gadd who became very respected in our field. He was one of the most well-known jazz drummers and “Night on Bald Mountain” featured him pretty prominently. Steve often credits this tune as helping him establish his reputation because so many people heard him on this. I’m very proud of that. Steve and I have remained very close friends since.

“Feel Like Making Love”
This song was written by Gene McDaniels. I was hired to play piano on Roberta Flack’s record and that’s where I first heard this tune. It was a great song and I had a feeling it could be a hit. We were in the studio recording her version, and within a couple weeks I had the opportunity to do my own record. So I just decided to use the same band, same sax player, same rhythm section; Idris Muhammad on drums, Gary King on bass, and Richie Resnicoff on guitar. So we were just trying to recreate that same groove, but as a funkier instrumental piece. I think it really work out great.

“Nautilus”
This song is the most ironic thing of all. [laughs] It didn’t get any attention when the record came out in the ’70s. Then as years went by, I found out that the hip-hop field was heavily sampling it. Of course it was the LP era, so there’s a side A and side B. Often times, producers would put what they consider to be the best cut on the beginning of the A side because the audio is much better on the outer ring of a record. The grooves were wider and just other technical stuff like that. The songs that would be “attention getters” were placed on the outside of the record. And “Nautilus” is hidden at the end of side B. [laughs] So that should give you an indication that we didn’t pay much attention to it. I had written several compositions of my own, primarily so I could get my own copyrights of the album and this was just another one of those compositions. It’s a real simple tune because I was just looking for a nice groove to improvise on. I had a great rhythm section that was in the studio that day so we were just having fun. 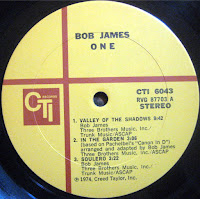 Although you may not recognize the name Bob James it’s quite possible that you’ve actually heard his music. Over thirty hip-hop groups have sampled his music, including A Tribe Called Quest, Ghostface Killah, Run D.M.C, Jeru the Damaja and several others. It’s kind of strange how a man could be sampled in so many popular rap songs yet be so underrated and forgotten in his own respective genre; smooth jazz. Out of the 30+ albums that James released during his obliterated career One is often regarded as the highlight. Mixing together smooth funk with light jazz James was able to create an assortment of sounds branching out to a variety of different styles and moods. At points James sounds like a combination of Sly & the Family Stone and Miles Davis with his painless combination of methods.

The main component to One would have to Bob James’s smooth piano playing. Using his Fender Rhodes keyboard Bob goes from playing danceable fusion tunes to dark, eerie jazz. Everything about One is smooth whether it be the fluid keyboard playing, the exotic guitar sounds, or the polished, bright production. The whole album is littered with sparkling keyboard effects giving it an extremely lightweight, bouncy atmosphere. In the Garden is a prime example of this mainly consisting of James’s sparkly piano playing and a laid-back, jazzy harmonica line. Valley of the Shadows is another highlight; it’s nearly ten minutes of spooky tribal percussion, eerie backing vocals, and creamy guitar playing. Whether it be a slow, spirited song or an upbeat funk tune James always makes his music sound so flowing and sinuous. Nautilis is a beautiful funk inspired piece propelled by a slick bassline and subtle keyboard touches that join together effortlessly creating a homogenous combo of jazz and R&B. One is classified as a jazz album yet there is minimal usage of brass instruments. Instead the album is much more guitar and piano based giving it heavy influences of rock, funk, and R&B.

Despite the fact that jazz music isn’t looked upon as accessible Bob James is able to create an uncomplicated, almost effortless jazz album. Even those who aren’t very interested in jazz music should still give One a listen; the album offers a palette of different of sounds and instruments in a very accessible manner. Although One isn’t an extremely flashy or remarkable recording it is an incredibly fun, relaxing, and interesting album.
Posted by Zen Archer at 6:15:00 PM