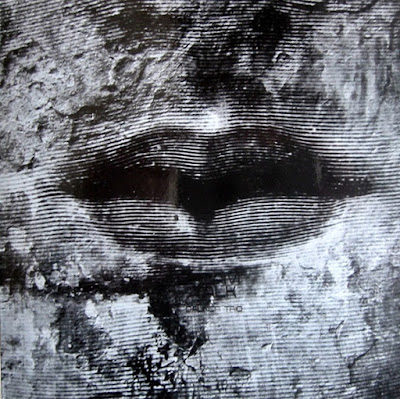 First album by German jazz pianist Wolfgang Dauner. Moody, late-night sounds are the name of the game here. Mostly sparse, understated compositions that occasionally give way to jittery drum-led passages and disjointed piano solos. It's far more conventional than some of his later output, but highly enjoyable nonetheless. Features our favorite Eberhard Weber on bass.

recorded in 1964, this is one of the earliest German and European Jazz recordings, which symbolize the rebirth of Jazz in Europe, taking a radical step forward from the American Jazz tradition. The great Horst Lippmann, my friend and founder of the L+R label (named after the concert agency he managed for many years with his friend Fritz Rau), makes an interesting and quite prophetic observation on the album's original liner notes, which compares this piano trio with the legendary Bill Evans trio with bassist Scott LaFaro; he states that Evans and LaFaro revolutionized the role of the bass in a piano trio, bringing the bass to an equal level with the piano, and Dauner made the same giant step with revolutionizing the role of the drums, bringing them in turn to an equal level with the piano and the bass, something Evans never managed to do in his trio. Of course there is so much more to this album than just the change of the status of the drums – it revolutionizes the piano trio mostly by inserting the huge amount of freedom and space, while maintaining a perfect order and logic, not to mention elegance and sophistication.

As Lippmann says in his liner notes to the vinyl reissue from 1980, this album was light years ahead of its time and was fully understood and appreciated by just a very small group of Jazz connoisseurs, open minded enough to grasp its significance at the time. Even today this music sounds not only completely up to date, but also absolutely stunning, although over five decades passed since it was first recorded.

In retrospect this is one of the most pivotal European Jazz recordings, taking the Jazz idiom a giant step forward into the unknown (at the time), without compromising the tradition and at the same time bravely and unwaveringly crossing over into the European aesthetic, which was erupting at the time on the Continent, strong enough to penetrate even beyond the Iron Curtain.

This is an absolutely essential piece of European Jazz history, which should find a highly respected place in every meaningful Jazz record collection anywhere in the world. Thank God this music is still available for us to enjoy and not buried away and forgotten as so many of its parallels. The remastered edition offers a spectacular sound quality. An absolute must have!