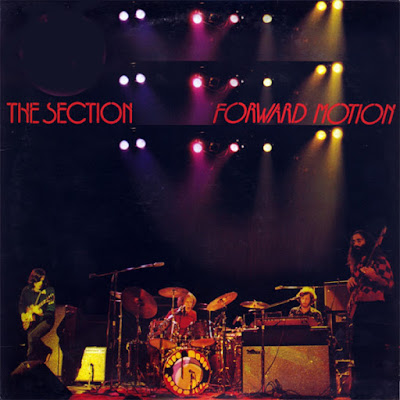 I get a strong Brand X vibe from listening to this. Understandably, the chops of the band aren't nearly as acrobatic as with their British peers, but that's not always a detrimental factor. Clearly the band has an ear for great melodies and understands the concept of stimulating phrasing which often gets lost in technical display of virtuosity in some cases. These guys have nice balanced-relaxed approach to their core sound that is a refreshing listen. It does have it fair share of filler though in the existence of some of these short interludes. "One Drum" is a pointless drum workout and I don't understand the need for the dissonant drone of "Get Down, Piltdown". Also "A Kind of Albatross" is an odd classical coated slab of piano-pop that got lost here as well.

The first funkier minutes of the album didn't really imply to me that I would get much kicks out of it, but once they get their soulful phrasing engine running in the middle of "Smilin' Ed" it's clear there is something worth keeping here. Their keyboardist probably wrote the bulk of the material as he's usually leading the duo with the guitarist towards some sharp sonic ground without getting too over the top. The title track is just a fantastic piece of work that's on par with anything I've heard from Brand X so far. The weird harmonies on "Baby Lame" reinforce the notion of quirky songwriting so familiar to British musicians. Not a very typical thing to hear from the states, deserves a bigger audience.