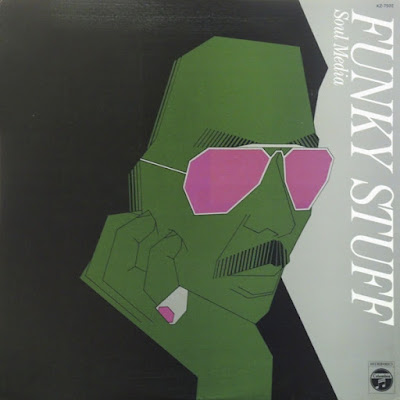 I recently found this album and it is quite rare from what I can find out about it. The album was recently reprinted on CD, but due to its limited release in Japan it is very hard to find. It's hard to put this album in any one genre because it has elements of funk, jazz, and other crossover elements. There is an instrumental cover of Kool & the Gang's "Funky Stuff" which is quite memorable and would fall firmly in the funk genre. Yet, tunes like "Breeze" and "Gentle Wave" sound like they belong on a Bob James album in that they are so heavily dominated by the use of the Fender Rhodes piano. Even when the horns come in they are so uncharacteristic of funk and that's what gives this album its multi-genre aspect. The tune "One for Jiroh" is a reworking of the jazz standard "I Remember Clifford," and while I couldn't find any info on this, it is quite possible Jiro lost a musician friend close to him ("I Remember Clifford" and its various reworkings seem to serve this purpose). In my own opinion, the most memorable track is "Four Up" which closes the album. Rhythmically and harmonically it reminds me a lot of Herbie Hancock's famous chart "Chameleon" and is a great solo vehicle for solos on saxophone and trombone. From what I could find on him, Jiro Inagaki was a saxophonist who was associated with jazz-rock and other hybrid genres of the late 60s-early 70s. If you like 70s Maynard Ferguson, Bob James and other types of mellow jazz-funk, you would probably enjoy this album.
Posted by Zen Archer at 7:07:00 PM