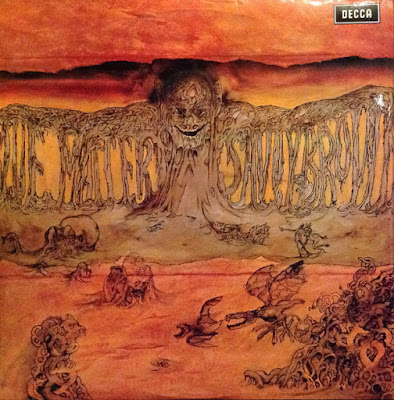 Side B was recorded at The City Of Leicester College of Education, Scraptoft, Leicester on Friday 6th December, 1968.

In late 1968, Savoy Brown's schedule was booked solid with never fewer than six gigs a week. Audiences' reactions was always enthusiastic, as Kim explained to Beat Instrumental: "Since we've got the new line-up together, the band has been working much better. Interest in our sort of music is on the upsurge, and we're doing very well now."

In November, the band discharged bassist Jobe and asked former member Brunning (who had recently filled in for some gigs) to join again permanently. Brunning again declined, and so Tone Stevens (b. September 12, 1949) joined instead.

On December 6, 1968, the band performed at the City of Leicester College of Education. The performance was taped with Dave Peverett substituting for Chris Youlden, who was sick and couldn't sing well enough to perform. They recorded the set anyway, and three tracks, "Maybe Wrong," "It Hurts Me Too" and "Louisiana Blues" appeared on their next album. "Louisiana Blues", a largely instrumental song, became a showstopper on their forthcoming U.S. tour. A fourth live track, "Sweet Home Chicago," appears to have been lost in the Decca vaults. All of Peverett's vocals were re-recorded in the studio.

In December, the band returned to the studio to record more two tunes, "She's Got a Ring in His Nose and a Ring on Her Hand" and "Don't Turn Me from Your Door." On January 22, 1969, they recorded "Grits Ain't Groceries (All Around the World)." "Grits" was composed by Titus Turner and under the name "All Around the World" was a Top Ten r&b hit in 1955 as covered by Little Willie John. Little Milton revived the song in 1969 as "Grits Ain't Groceries". The song featured an explosive horn section and was paired with "Ring" for the U.S. market. In spite of the high calibre of both sides of this release, the single nevertheless failed to chart.
Posted by Zen Archer at 11:22:00 PM