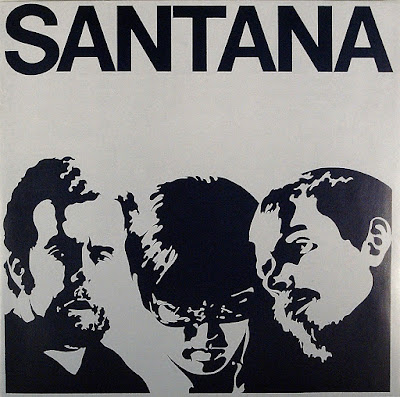 REMARK: SANTANA…continuity/lasting change of smallest particles;
motion which neither starts nor stops/involuntary determination of change; the existence of all things within themselves in unconscious relation to other things…non-existence of time/SANTANA

Recorded (MONO) by Klaus König on October 8th, 1968, in Zürich/Switzerland.

In ’68 Favre was easily breaking away from the American models of free drumming that probably influenced him. Schweizer sounds less assured than she does today but is still remarkable and very potent. Her creative playing with the piano’s insides, a languid penchant for lyricism (mostly clearly heard on 'Paul' very much in the melodic spirit of Mr. Bley’s music) and the jagged lines and textures, which have become more defined with time, are all foreshadowed here. Kowald, large, fat and sometimes lithe lines pulse right through the complexities of the drums and piano creating an effect of a glue helping to make everything stick together. Santana is a vibrant and exciting album – a living document of the infancy of free music.

Here's the *REAL* Santana! A lost classic of European jazz, this early recording by the potent trio of Pierre Favre, Irène Schweizer, and Peter Kowald was waxed in 1968, before Carlos started gigging under his own name. This churning music may contain echoes of Cecil Taylor and Paul Bley, but mainly it's forging a new sonic vocabulary that would inspire European players over the coming decade. Volatile and vital, unpredictable and gorgeous, it's been buried for far too long.