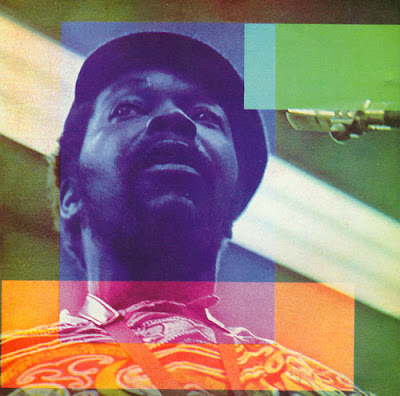 Marzette Watts (March 9, 1938, Montgomery, Alabama – March 2, 1998, Nashville) was an American jazz tenor and soprano saxophonist. He performed and recorded on bass clarinet as well. He had a brief career in music and is revered for his 1966 self-titled free jazz release. He was known also as a sound engineer.

Watts played piano early in his life; he did not play music regularly in his teens. He studied at Alabama State College, where he was a founding member of SNCC; this association led to his being forced to leave the state at the behest of the governor of Alabama.

He moved to New York, where he lived in a loft building on Cooper Square which also had as a tenant Leroi Jones (later Amiri Baraka), with whom he participated in the Organization of Young Men. Watts returned to college in New York, completing his studies in 1962; he then moved to Paris to study painting at the Sorbonne and began playing saxophone for extra money.

Returning to New York in 1963, Watts studied under Don Cherry and played in his loft and around the city with Jiunie Booth, Henry Grimes, J.C. Moses, and others. He also continued painting, producing work strongly influenced by Willem de Kooning.

Watts's loft attracted many established and up-and-coming musicians who would hang out there and play at parties, including Ornette Coleman, Cecil Taylor, Don Cherry, Archie Shepp, and Pharoah Sanders.

In 1965 he decided to devote himself to music more fully, and moved to Denmark for further study. When he returned to New York in 1966, he recorded an album for ESP-Disk with the assistance of composer Clifford Thornton, and recorded for Savoy Records in 1968. He wrote film scores and did production work for his own films, eventually abandoning music to work in film and record production.

Watts moved back and forth between Europe and New York; he taught briefly at Wesleyan University, assisting Sam Rivers and Clifford Thornton. Late in his life he moved to Santa Cruz, California. He died of heart failure in 1998.

Like many an album on the ESP label, this one takes work to enjoy. Also like many an album on the ESP label, it's the drummer who saves things and brings order to what would otherwise be a chaotic mess. The avant-garde jazz scene was ruled by percussionists. In a music whose whole thing was freedom, it was left to the drummer to drive things along, to provide direction while the soloists tried to put themselves across, an act that took enormous concentration. J.C. Moses cracks the whip here, proving throbbing backgrounds and spare, pneumatic fills to emphatically state what the music only implies. When things get too far afield, it's Moses who lays down a sharp beat to get the band back on track. Soloists include the ubiquitous Clifford Thornton on trombone, the workman-like presence of Karl Berger on vibes, and the leader on a variety of instruments. This is a powerful artistic statement by a man one wishes had recorded more often. Unfortunately, like his labelmate, Guiseppi Logan, it seems Watts will exist more as a reputation than a musician. Those into the time and place (i.e., New York in the mid-'60s) can't get enough of this stuff and are sure to enjoy this too. For others with open ears, this is a peek into a chapter of American music that is still criminally underappreciated.