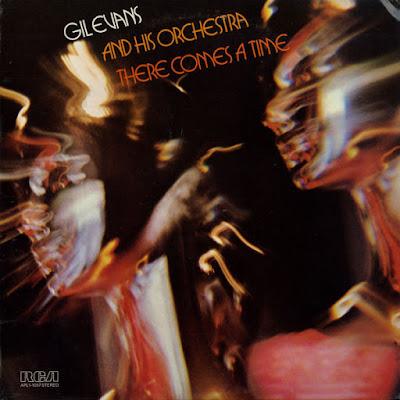 This CD reissue of Gil Evans' There Comes a Time differs greatly from the original LP of the same name. Not only are there three previously unreleased performances ("Joy Spring," "So Long," and "Buzzard Variation"), but "The Meaning of the Blues" has been expanded from six minutes to 20, and two numbers, "Little Wing" and "Aftermath the Fourth Movement/Children of the Fire," have been dropped (the former was reissued on Evans' Jimi Hendrix tribute album) and the remaining four tracks were re-edited and remixed under Evans' direction. So in reality, this 1987 CD was really a "new" record when it came out. The remake of "King Porter Stomp," with altoist David Sanborn in Cannonball Adderley's spot, is a classic. The "new" version of "The Meaning of the Blues" is memorable, and overall the music (which also has solos by Billy Harper and George Adams on tenors, along with trumpeter Lew Soloff) is quite rewarding, it's a creative big band fusion that expertly mixes together acoustic and electric instruments. This was one of Gil Evans' last truly great sets.