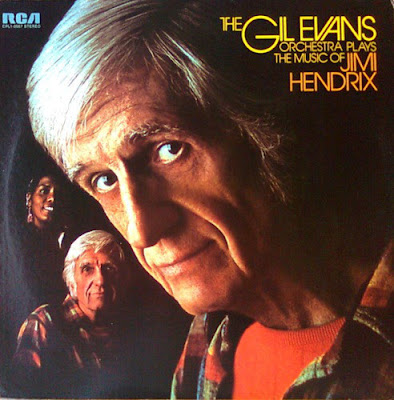 
This CD reissue (which adds additional material to the original LP program) is much more successful than one might have expected. Jimi Hendrix was scheduled to record with Gil Evans' orchestra, but died before the session could take place. A few years later, Evans explored ten of Hendrix's compositions with his unique 19-piece unit, an orchestra that included two French horns; the tuba of Howard Johnson; three guitars; two basses; two percussionists; and such soloists as altoist David Sanborn, trumpeter Hannibal Marvin Peterson, Billy Harper on tenor, and guitarists Ryo Kawasaki and John Abercrombie. Evans' arrangements uplift many of Hendrix's more blues-oriented compositions and create a memorable set that is rock-oriented, but retains the improvisation and personality of jazz. [This album was re-released in 2002 on the Bluebird label with four bonus tracks from the same sessions.]