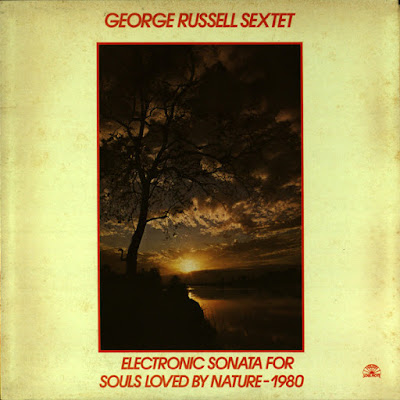 
Recorded live at the Sonja Henie/Niels Onstad Center For The Arts, on April 28th, 1969, at Høvikodden, near Oslo, Norway.

The electronic tapes was composed in the Electronic Music Studios (EMS) of the Swedish Radio in Stockholm.

The tapes of African vocals and lute was recorded by Cal Floyd in 1967 in Nile headquarters region of North Uganda.

A second take on George Russell’s masterwork, recorded eleven years later with a different lineup (Victor Comer, Keith Copeland, Jean-Francois Jenny-Clark, Robert Moore, Lew Soloff) and a markedly dissimilar orchestration. This version switches the piano for organ, slows down the tempo of the opening movement to a funky amble, and makes many other changes. Many passages have the same electric thrill as the 1969 performance, although the brass sounds a touch sloppy and flatulent (particularly in the first movements). I still prefer the original, but this one — and the Essence of George Russell version — are fascinating to compare, both in terms of details and the overall sweep and execution of the piece.
Posted by Zen Archer at 6:00:00 PM