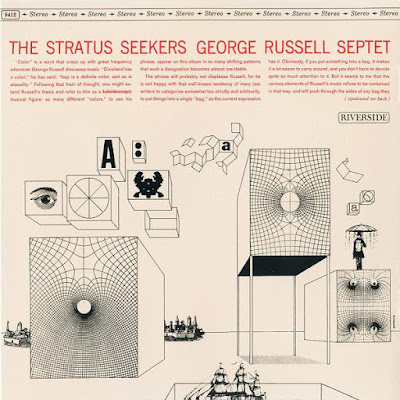 
In 1962, the George Russell Septet included both obscure names in alto saxophonist John Pierce, tenor saxophonist Paul Plummer, drummer Joe Hunt, (who would later work with Bill Evans) and future stars - trumpeter Don Ellis, trombonist Dave Baker who would become a significant jazz educator, and bassist Steve Swallow. The six selections, plus a "new" alternate heard on the CD reissue, are highlighted by "Blues In Orbit" (later recorded by Gil Evans) and the title cut. Two other numbers were written by the sidemen. It is particularly interesting to hear the young Ellis in this setting. The music has its own logic, is somewhat difficult to classify, yet deserves further attention by jazz historians and analysts.